Boss Aluminium converts the Toyota Land Cruiser 79 and 200 into 6×6 drive.6×6 vehicles are king of the off-road. Six-wheel-drives are utilised by militaries around the world, including the Australian Defence Force. They offer unmatched off-road capability, payload capacity and towing capability.70 series and 200 series LandCruisers start out as capable four-wheel-drives when they roll off the dealer showroom, but combined with a 6×6 conversion, Boss Aluminium takes them to a whole new level. 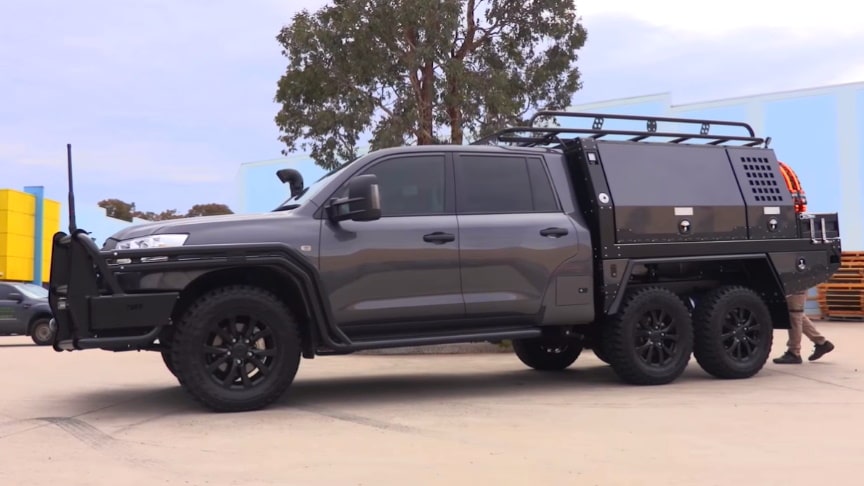 The system replaces the rear half of the chassis, integrating features such as heavy duty cable protection, integrated tow bar and rear winch cradle.

Keeping all four rear wheels on the ground is very important and crucial to maintaining traction. Pete is currently testing a set of Boss Aluminium shocks suited to the 200 and his requirements. So far, they have kept the rear wheels firmly planted on terra firma and allow the 275/70 R18 Mickey Thompson ATZ P3s to exercise their excellent grip.