Cleaning the ocean is hard work for our captains and crews. We are stoked to present the 4ocean Mobile Skimmer! We custom manufactured this vessel to expedite the process of collecting accumulated plastic out of the ocean. We’ve been testing the vessel locally, and are excited to deploy it at our international locations where it can have the most impact. 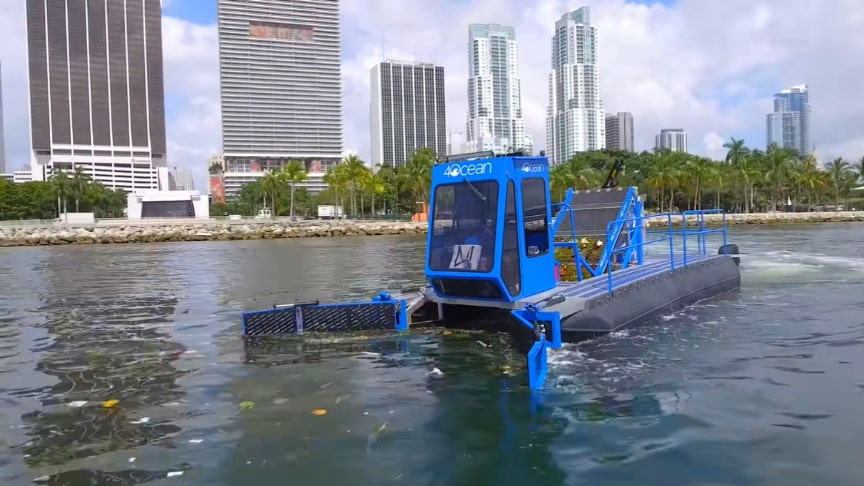 The Mobile Skimmer will have a crew member dedicated to monitoring the conveyor to ensure that organic matter and sea life are returned to the ocean before making its way to the super sack. 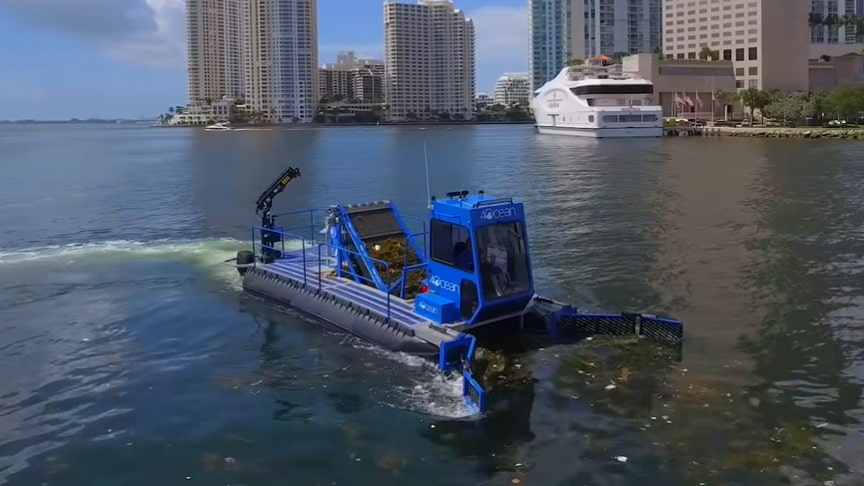 While we know producing these machines won’t end the ocean plastic crisis, it will do a great job at combating the plastic that already exists in the high impact areas in which it will be deployed and help raise awareness about this global problem.

Measuring slightly over 22 feet long and sporting retractable arms that give the vessel a wingspan of almost 13 feet, the 4Ocean Mobile Skimmer is going to be a game-changer for cleaning the world’s oceans.

Retractable arms funnel plastic and other debris funnel plastic and other debris under the front of the skimmer where it’s picked up by conveyor belt that sends trash up the track into a large super sack.Once the super sack is full, we take the crane that’s attached to the deck of the skimmer and move the sack out of the way. We then simply replace it with another one and keep on cleaning./4ocean