Named Stella Vita, this mobile home is designed by the Solar Team, a team of ambitious students from the Eindhoven University of Technology in the Netherlands.Solar Team Eindhoven presents the world’s first solar powered mobile home called Stella Vita. The vehicle generates enough solar energy to live and drive on. 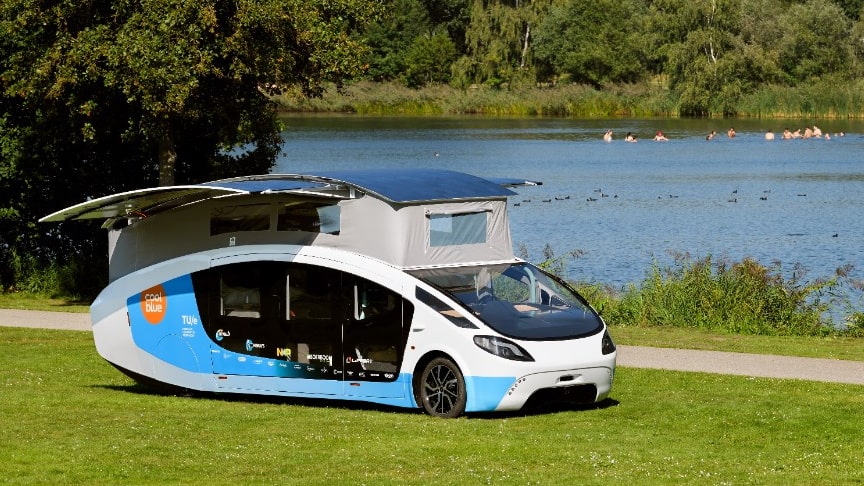 Stella Vita is our Self-Sustaining House On Wheels. A mobile home wherein you can live and work while travelling on the energy of the sun. Stella Vita generates energy through its solar panels on the roof and uses this energy for both driving and living,the vehicle is capable of clocking over 450 miles (730km) every day. 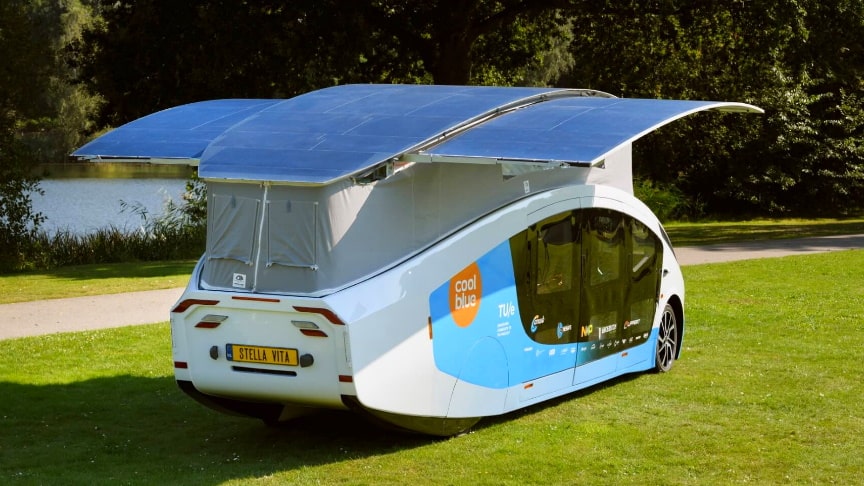 Stella Vita generates enough solar energy to drive, shower, watch TV, charge your laptop and make coffee. You are completely self-sustaining and independent. Hereby, you are free to go wherever you want, without harming the environment.

The solar house on wheels has a roof that slides up when stationary. This makes it easy to stand inside to cook, sleep or work. In addition, extra solar panels fold out when the roof is raised, doubling the solar surface to as much as 17.5 square metres.

For daily use, a comfortable interior has been designed that is as light and efficient as possible. By using energy efficiently, Stella Vita can travel up to 730 km on a sunny day./source: solarteameindhoven