This was by far one of my favorite builds. Everything went well, and the bike works great! As you can see in the video, the roads around here are so bad we’d almost be better off going back to dirt and grading it once a month instead. 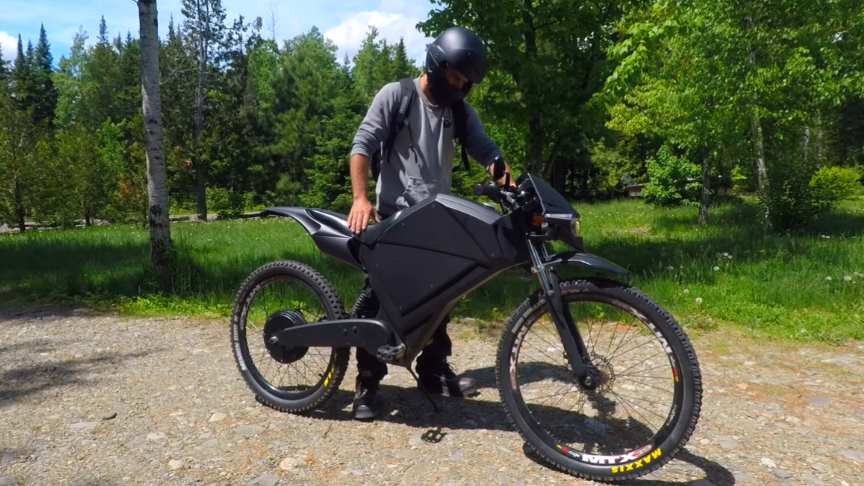 After 200+ km’s, so far I’ve had 0 problems and don’t anticipate any popping up in the future. This bike is solid. Its frame is basically a fiberglass reinforced glue-laminated beam, after all. When it comes to weight, the frame is ~60 lb, and the bike in total weighs 120 lb.This is comparable to the LMX free ride motorbike which weighs 100 lb.read more: James Biggar

The battery consists of ten lithium 40V/5Ah Greenworks yard tool battery packs, which are wired in a series-parallel configuration to create a 72V/25Ah bank (nominal voltage for the packs is actually 36V) – I kept the leads from the batteries to the terminal blocks exactly the same length so that the internal resistance is the same in each, that way the packs are all charged and discharged equally and maintain a perfect balance between them at all times./James Biggar