This vehicle is a motorcycle that was made using our previous structure with the number 0132. Therefore, our motorcycle owns the number of 0133 in our collection and it is considered as one of the most exciting of our creations. This project is a quite hard structure to make as it requires to make every piece accurately and it has to have the right analogies to be functional and an attractive design. 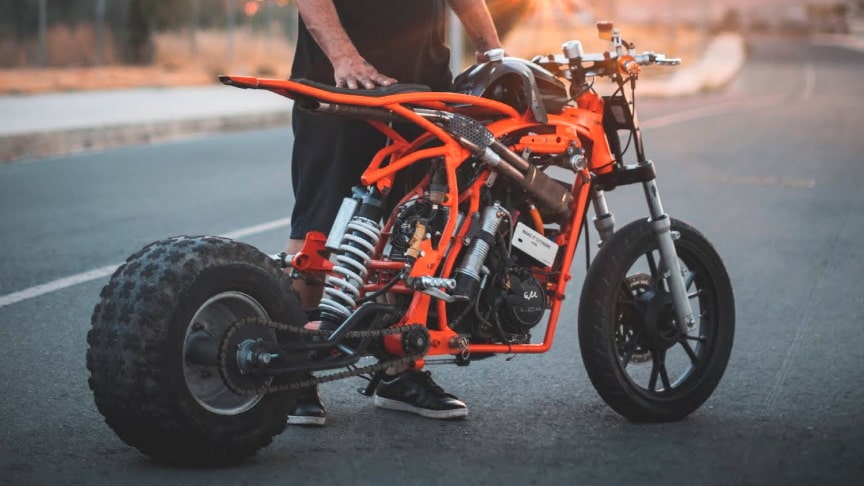 The motor with all its functional parts can be removed incredibly fast by removing four release pins to be placed in other vehicles, too. In this way, we might have created the first motorcycle having this potential.

Initially, the frame was made by metallic tubes of 22mm size class B.This means that even it seems to have a thin frame, it has high tolerance. Another special characteristic is that the engine transmits the movement by using 4 gears instead of 2 that we used to use. The reason is that we used a tyre which is wide enough not to allow the direct movement transmission.