Braelyn and James are two artists who poured their creativity into this beautiful DIY tiny house build. For just under $60,000 CAD they built a 32-foot tiny house with two staircases, two patio doors, and two king-sized lofts with a bridge connecting them. 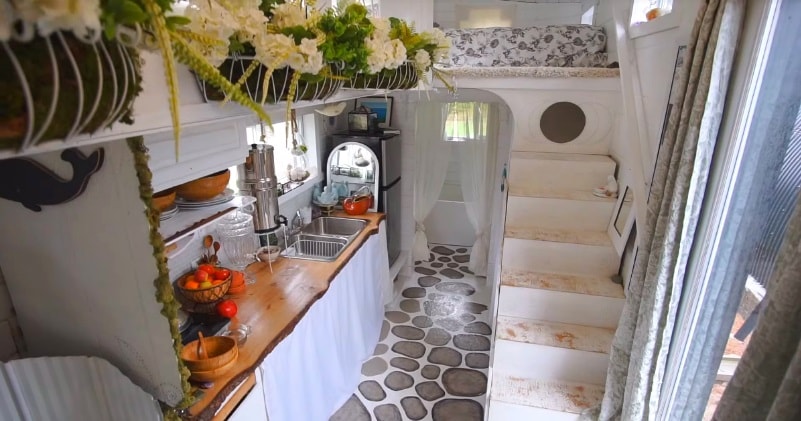 The interior design was inspired by Mykonos Island in Greece, which is where the idea came to have archways, white walls, a painted stone floor, and greenery overhanging the living spaces. 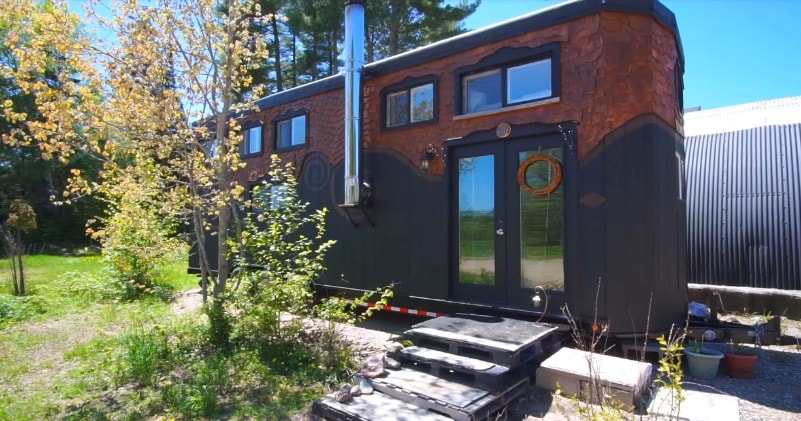 After feeling trapped in the rent cycle in Toronto where the monthly cost of an apartment made it difficult to save money and get ahead, they spent several years dreaming and making tiny house models using foam core. When they were finally able to save some money and received a small insurance settlement, they took the plunge and started building a tiny house.

The couple was lucky that they were able to find a free indoor space to build their tiny house through friends of theirs, and the four of them eventually collaborated together to open a business at the same time – Crystal Cave.

Now the final step is that Braelyn and James are looking for land in an unorganized township in Ontario where it can be legal to live in a tiny house so they can live full-time in their beautiful tiny home on wheels. In the meantime, we were super excited to tour their tiny house and see all of the creative ideas they incorporated into the build.///Exploring Alternatives