Whisper is an 8- electric motor, 8-rotor, two-seater electric copter. Advantages some of the advantages of the Whisper, by Electric Aircraft Concept are ease of control, low cost maintenance, low noise, safety and performance. EAC is currently in the testing phase and expects to begin production in 2020, when they plan to produce 10 aircraft. 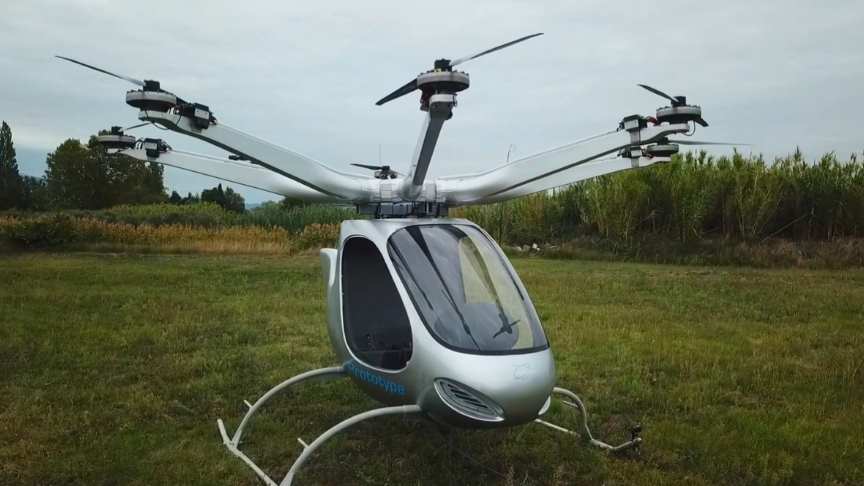 Flight time on the Whisper is currently 30 minutes and it has a range of approximately 50 km. This is expected to increase substantially with new battery technologies.New test flights conducted over the last 2 days with technical prototype 2.0. The Whisper performs really well!

The aircraft is equipped with an emergency parachute system, and it can sustain flight with seven of its eight motors, via its electronic power management system.

A joystick allows to manage it in an intuitive manner: by its simplicity it is easy to fly. The multirotor stays within the flight envelope. In case of a single engine failure you may land safety, but it is also equipped with a parachute.