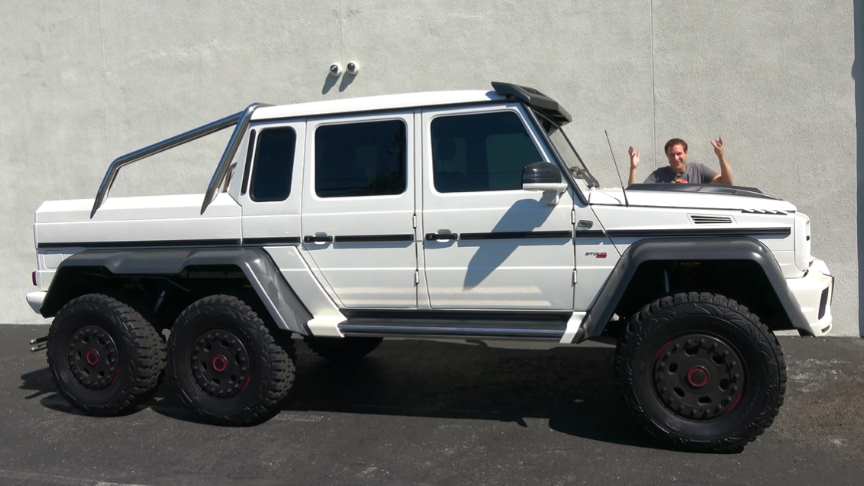 Instead of just two axles in a traditional layout, the Mercedes-Benz 6×6 has three. That means that there are 6 wheels for even more versatility while traveling off of the beaten path.Watch the video from Doug DeMuro for more info:

This beast packs a 5.5-liter twin-turbocharged V-8 that sends 544 horsepower to all six wheels. With 400 kW of power, six driven wheels, off-road reduction gear in the transfer case, portal axles, five differentials which can be locked while on the move and a tyre pressure control system that operates at world-record speed.

The G G 63 AMG 6X6 also has a ton of matte and carbon exterior goodies, remote-operated running boards, and more LED lightingThe G 63 AMG 6X6 is made to meet all the topographic and meteorological challenges which have stopped other vehicles in their tracks to date.