Stuart Parr shares these one-of-a-kind Fiat 600s that were built for Giovanni Agnelli to chauffeur visiting dignitaries and VIPs around the Fiat factory.There were no more than 5 Mirafioris produced, each with distinguishing features and details from one another. 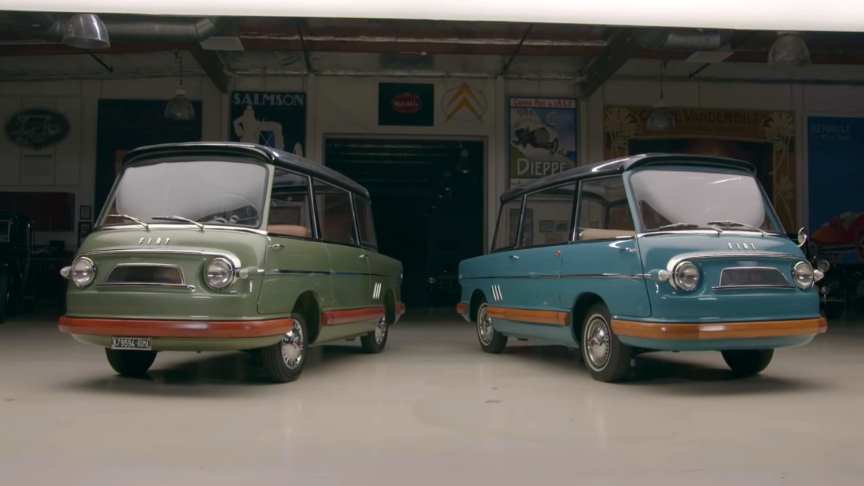 The original Fiat 600 Multipla was based on the Fiat 600’s drivetrain, model 1100 coil and wishbone independent front suspension, and sat six people in a footprint. Watch the video from Jay Leno’s Garage for more info:

The ingenious Fiat 600 was designed by Dante Giacosa and debuted in 1955 as the first rear-engine Fiat and the Italian answer to the Volkswagen Beetle.

The blueprint was futuristic for its time and featured an integral chassis/body with independent suspension all around and a 633 cc engine capable of a top speed of 60 mph. The Fiat 600 Multipla, launched a year later, somewhat amazingly maneuvered six seats into the diminutive wheelbase of just 6′ 6″./via/read more: rmw