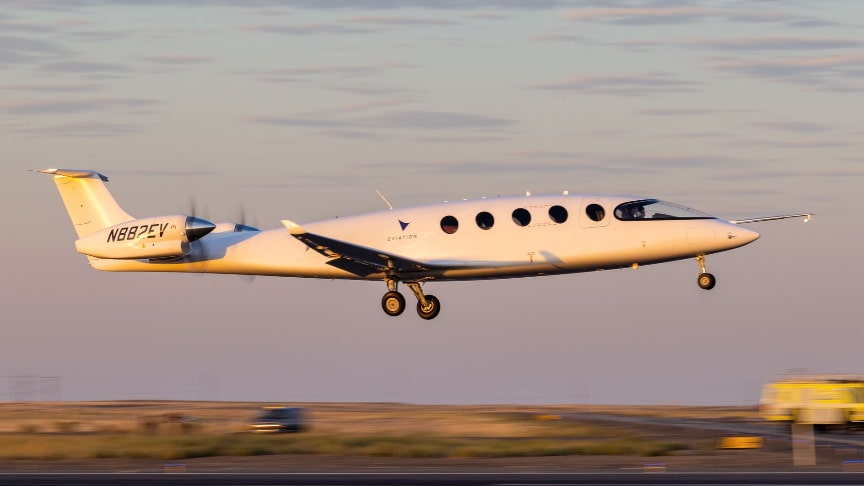 Alice lifted off at 7:10 a.m. from Grant County International Airport (MWH), ﬂying for 8 minutes at an altitude of 3,500 feet. This trailblazing ﬂight of the technology demonstrator provided Eviation with invaluable data to further optimize the aircraft for commercial production.

The batteries have been tested to more than 1,000 cycles, equivalent to 3,000 flight hours, and will then require replacement at a cost of $250,000 – half of the direct operating cost, similar to a piston engine overhaul.Eviation unveiled the updated configuration with a T-tail and two 850 hp (634 kW) Magni650 electric powerplants on each side of the aft fuselage, aiming for a first flight the same year.//wikipedia