A circular dining table that expands when rotated. The expansion leaves are hidden in the body of the table. The top is veneered in Walnut Curl in a starburst formation with six lines of symmetry. 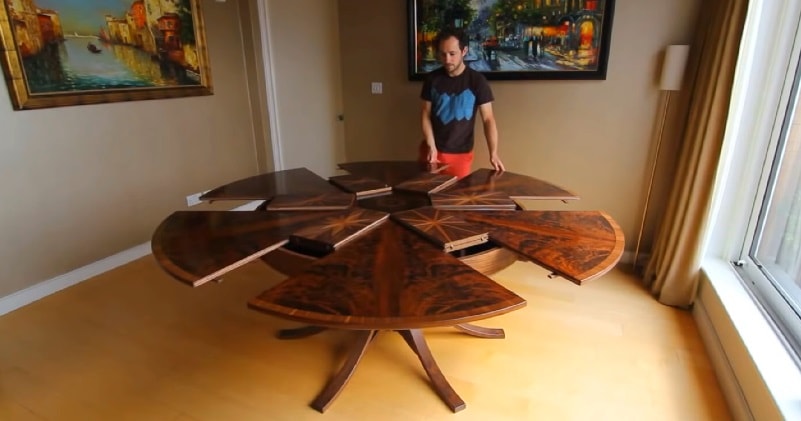 The grain matches in both the closed and expanded states of the table.This was the first expanding circular dining table George made, and as such it has a special place in his heart.read more: johnsonfurniture

The design of the mechanism has been refined since this table was made, with the undercarriage now a perfect circle without the protrusions visible on this model, but the overall concept is the same.

The top of this table was veneered in walnut curl (also known as walnut crotch), here the veneer is taken from the place where the tree trunk divides in two producing beautiful swirling grain patterns.This table was made with a matching set of 10 upholstered walnut chairs.