And subsequent takeoff from the deck. With footage of six cameras including inside the aircraft. Whilst filming a plane flying close to a cargo ship that already had the nickname “aircraft carrier” due to its unique features, the “just in case something goes wrong” flat area for emergency landings just looks too good, so I cannot restrain myself and get away with landing on the moving ship. 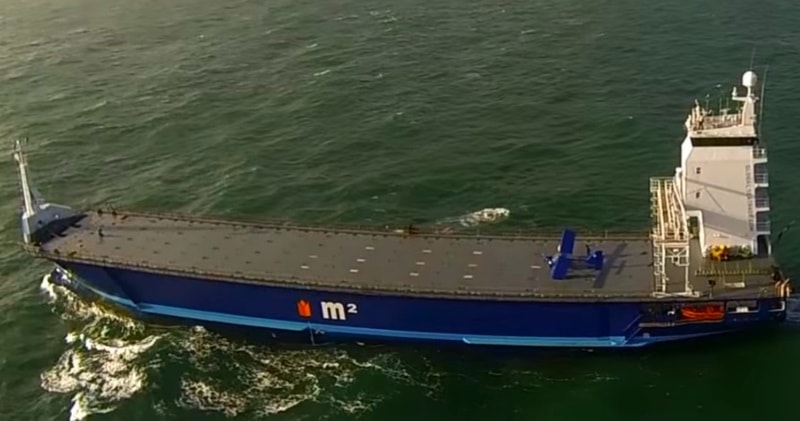 The ship was empty and very bow high which is not that visible in the video due to the camera angles, that created annoying low level turbulence and an untidy landing.

Tom and Aalbert save the day by courageously helping me to take off, as the deck was slippery with salt spray. I won’t do it again unless an aircraft carrier would invite me (please do !).

But it worked – thanks to an amazing aircraft, the STOL Aeroprakt Foxbat A22. The ship was sailing at 9 knots speed over ground, the true windspeed was 14 knots, combined just under the full flap stall speed with just myself in the plane and full long range fueltanks. Thanks everyone for the help ! The ship is a 3,500 tonne multipurpose vessel with a total length 93 metres, deck in front of bridge 60 metres x 15 metres.