This airplane is designed by Oscar Viñals,this airplane’s design is the last one of a trilogy (Sky Whale, Progress Eagle & Flash Falcon) about how the future airliners could be. This airplane would belong to an hypothetical generation that would be equipped with a technology based on Fusion Energy (the future GREEN ENERGY), which today can only be found under development. 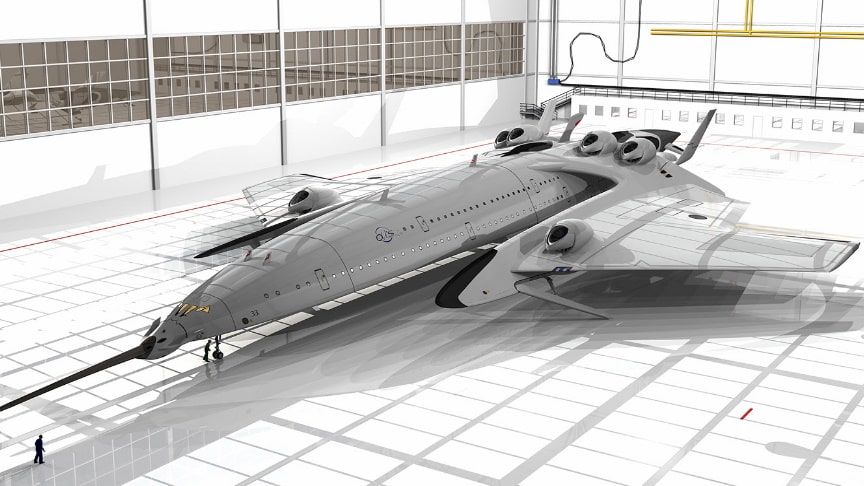 The “FF” Flash Falcon, would be a Supersonic Airplane with a powerful thrust capable to reach Mach3 speed and at the same time to be Eco friendly, equipped by Engine’s technology with no emissions of contaminant elements. With the capacity to transport 250 passengers in a very comfortable condition, thanks to the disposal of two decks in order to accommodate those with more “personal space” than the current airplanes. 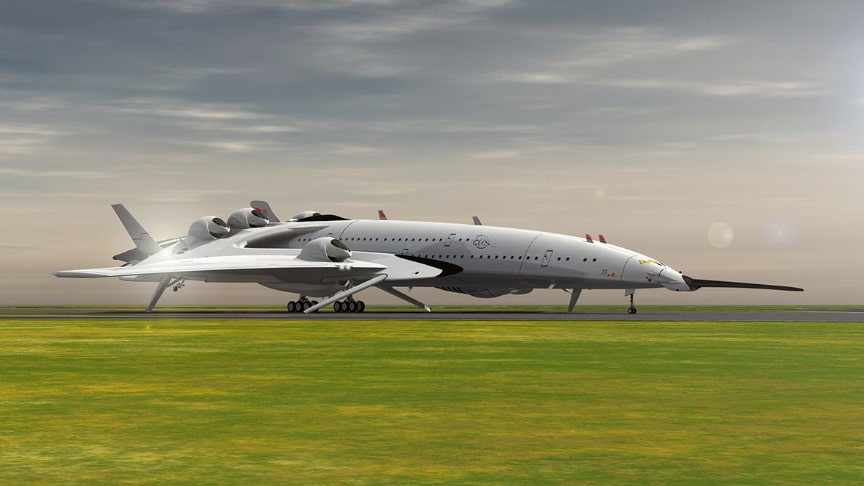 Special Electric-Combustion engines (EC – 6 units) would combine an Electric Superconductive Fan with a special Combustion chamber in order to obtain a powerful thrust. 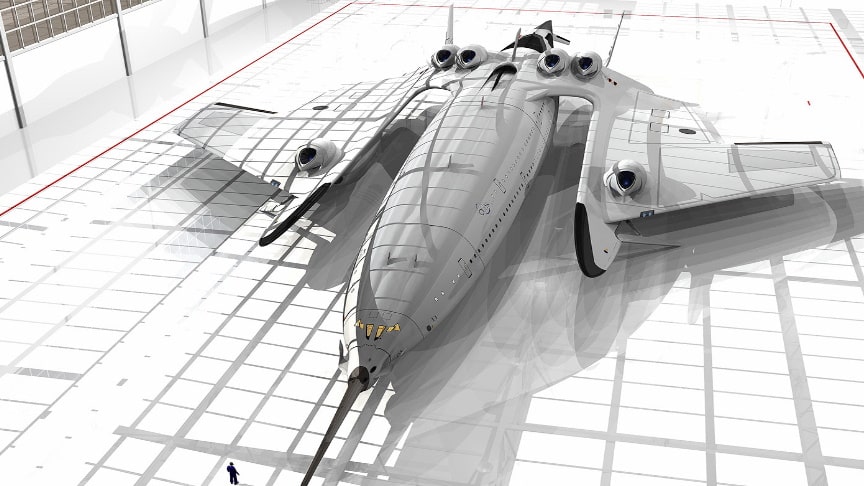 The EC could redirect its exhaust gases to front, down & rear side and at the same time could swing to front-rear & right-left 10 to 20 degrees in order to stabilize the plane in the manoeuvres of take-off & landing.

The SJE engine would be capable of running for a year with only a little amount of “fuel’s fusion” (non radioactive or contaminant). The engine is located in the rear part of the airplane inside an “indestructible” section, built with the most resistant & lightweight materials of this 21th century, capable to keep the passengers safe (non-electromagnetic & heat exposure) with a “big magnetic bottle”. All with zero contaminant emissions.