The Benz Patent-Motorwagen, built in 1886 by the German Carl Benz, is widely regarded as the first automobile, vehicle designed to be propelled by an internal combustion engine.The first Motorwagen used the Benz 954 cc single-cylinder four-stroke engine with trembler coil ignition. 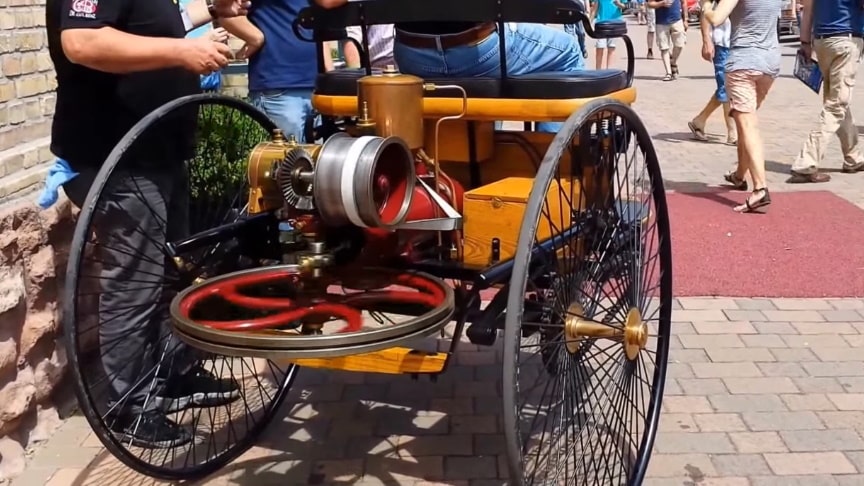 This new engine produced 500 watts 2⁄3 hp at 250 rpm in the Patent-Motorwagen, although later tests by the University of Mannheim showed it to be capable of 670 W 0.9 hp at 400 rpm. It was an extremely light engine for the time, weighing about 100 kg.

Although its open crankcase and drip oiling system would be alien to a modern mechanic, its use of a pushrod-operated poppet valve for exhaust would be quite familiar. A large horizontal flywheel stabilized the single-cylinder engine’s power output.

An evaporative carburettor was controlled by a sleeve valve to regulate power and engine speed. The first model of the Motorwagen had not been built with a carburettor, rather a basin of fuel soaked fibers that supplied fuel to the cylinder by evaporation./wikipedia