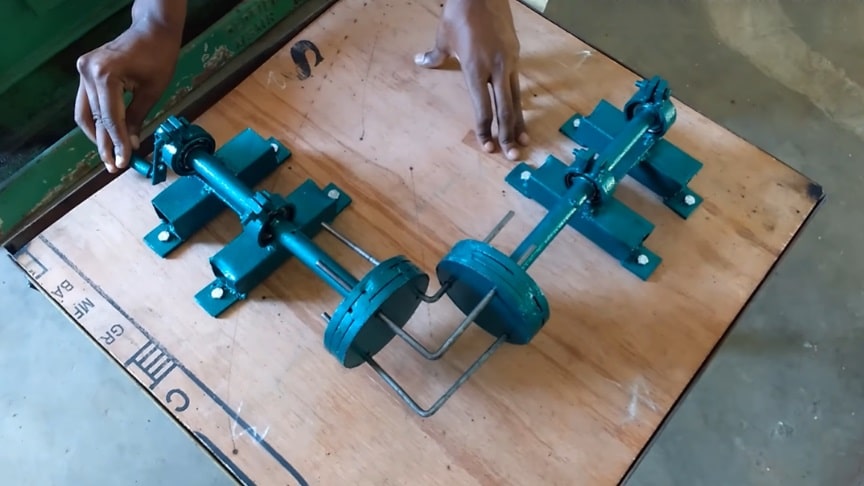 The creation of this mechanism would reveal that it contains a number of connections between 3 and 8, the more links there are, the smoother the operation will be. 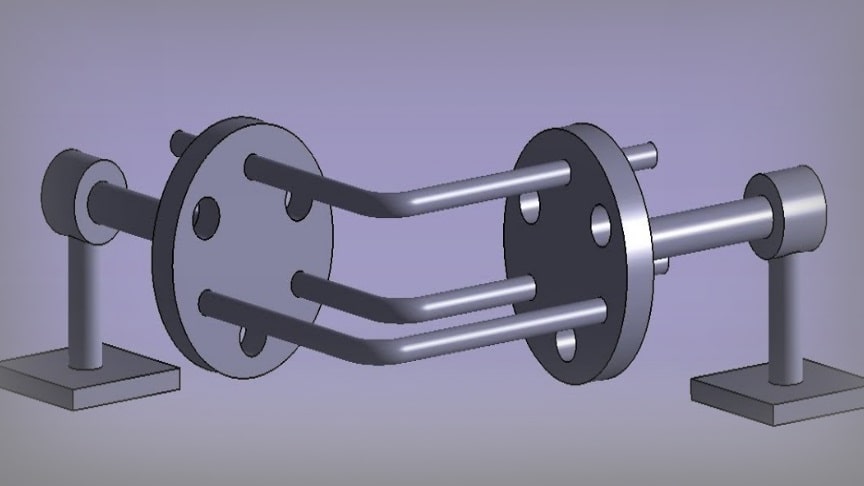 These connections slide into the housing to form a sliding and sliding pair. Normally for ninety degree rotation, we need a set of bevel gears. This mechanism has 3 of those sliding pairs.

The two iron disks are fixed with two bearings. In the two iron disks, three holes are made(ends of equilateral triangle) so that the rods can easily move to and fro inside the holes.

The two bearings are fixed so that to face each other with ninety degree angle. The three rods are inserted with the three holes of the two iron disks. Now when one disk is rotated, the three rods will be move forward or backward accordingly to rotate the other disk. Thus we get a continuous rotation like the bevel gear operation./hitechsolutions