The original thought was to mount a rotor and stator engine from a LG Direct Drive washing machine in which I changed the windings to turn it into low-speed and low-power.The reasons behind this choice were two. One was due to the fact that the electromagnets in such a motor are quite apart from the rotation shaft. 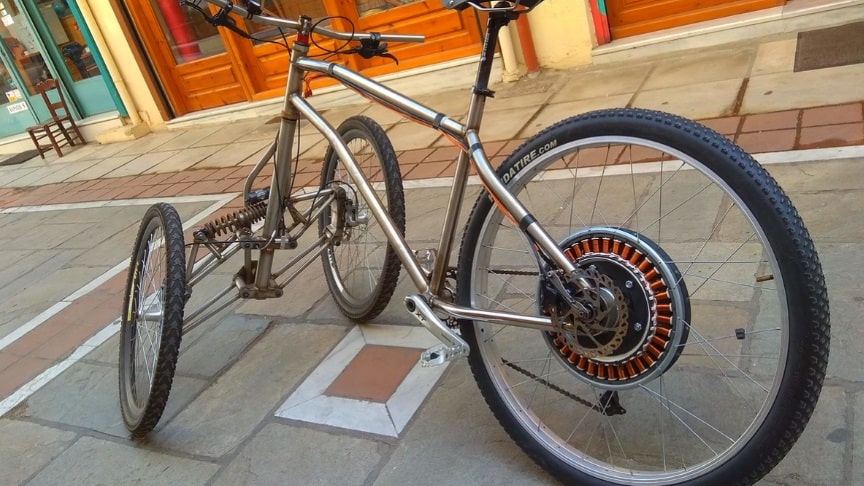 So with the same electromagnetic properties, it means a higher torque.It’s a 300 Watt motor that runs on 24 Volts, capable of around 3000 RPM.The advantages of a brushless motor over brushed motors are high power-to-weight ratio, high speed, electronic control, and low maintenance. 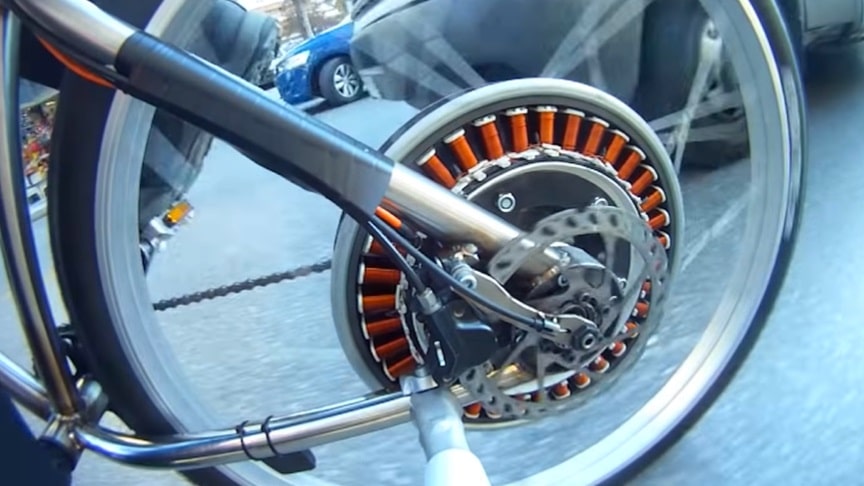 The BLDC EMC I used is from a radio-controlled airplane. It uses a 24V Direct Current and converts it into a Alternating Current three-phase. The combination can deliver in a straight line about 40km/ h. I have difficulties driving on uphill, which means that some conversions have to be made.

In order to install a motor in the rear-wheel, a single-bracket frame had to be built, with a disc brake on one side of the rear wheel and gearing on the other. While the derailleur is physically positioned next to the cassette, it must be stabilized from the side where the disc brake is located.

Which is achieved by means of an internal axle with the transmission cable passing through this axle.It is a very complex and special construction, that from one point onwards I wanted to finish it because I found it to be a challenging task for me!