The Short SB.4 Sherpa was a British experimental aircraft designed and built during the 1950s to test the flight characteristics of the aero-isoclinic wing. 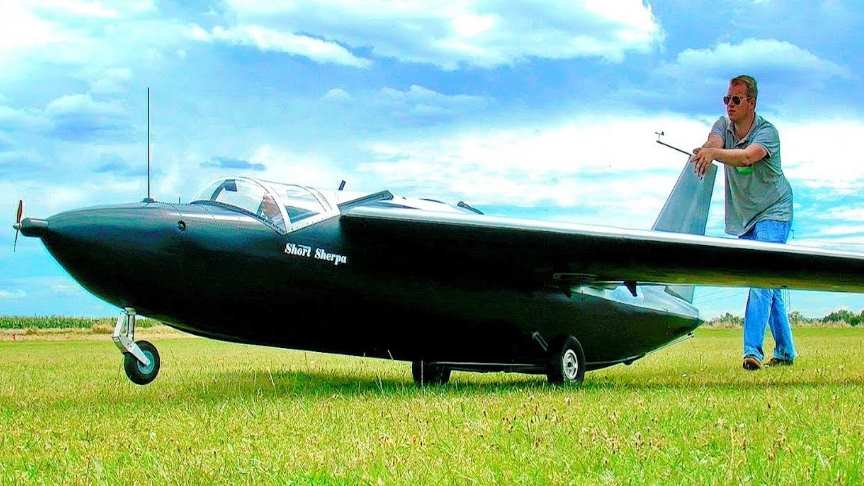 It was based upon (and used some components of) the Short SB.1, an earlier glider design.Erik van den Hoogen and his team built the British research aircraft as a model in three and a half years. In scale 1 to 2. The RC airplane is 4.00m long and has a wingspan of 5.80m, the plane weights 65kg and is powered by two jet turbines.

The Short SB.4 Sherpa was designed by David Keith-Lucas as a research aircraft aimed primarily at assisting in the development of wings for faster, very high-altitude aircraft in general.

In the Sherpa, the wing, which was used without a tailplane, was fitted with rotating tips comprising approximately one-fifth of the total wing area.