Lift unveiled its eighteen rotor “Hexa” unmanned/manned aircraft over a year ago – what’s new now is that over 13,000 people have signed up to take one for a ride.With an airframe built entirely of carbon fiber, Hexa weights in only 432lbs. 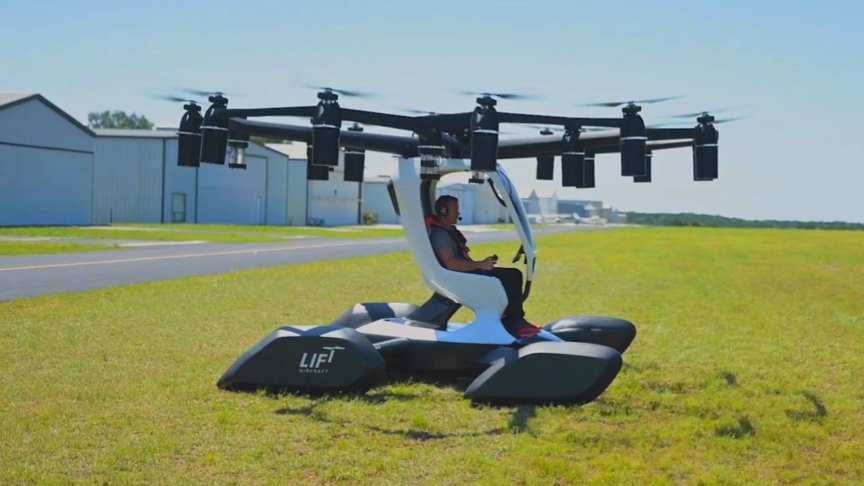 And is compliant with the FAA’s Powered Ultralight classification so no pilot’s license is required to fly.Don’t worry, we’ll give you plenty of training!Eighteen independent electric motors and propellers are the only moving parts needed for perfectly stable, controlled flight.

When it comes to steering, you’ve got two options: a 3 axis joystick, or the seven inch touchscreen, which also allows for a hands-free flying experience.The aircraft can fly at speeds of up to 55 knots (63 miles per hour), the maximum allowed for ultralight aircraft under FAA rules.