The Boeing AH-64 Apache is an American twin-turboshaft attack helicopter with a tailwheel-type landing gear arrangement and a tandem cockpit for a crew of two. It features a nose-mounted sensor suite for target acquisition and night vision systems. 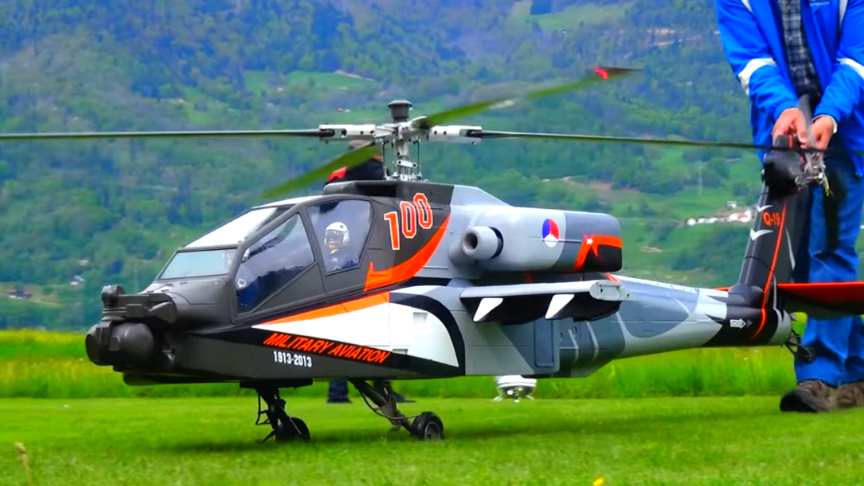 Here we have a very nice giant Apache Boeing AH-64D of Royal Netherlands RC Scale Turbine Model Helicopter flown in a Mountain Scenery, enjoy it. Watch the video from RCHeliJet:

What a beautiful detailed Apache AH-64 Royal Netherlands Air Force Scale RC Helicopter, rotor diameter is over 2,50 meter, the leng of the aircraft is app.2.7m, the weight of the helicopter is Weight 27KG.

The helicopter equiped with two four-bladed rotors, which are arranged on the tail rotor shaft and swing at an angle of 55 ° to reduce noise. The helicopter is powered by a Jakadofsky Turbine Pro 6000 turbine engineLook the Gun under the Helicopter is moving and specialty smoke. Enjoy Loopings, Rolls, etc.