In the post-war glow of the late 1940s, Pan Am shocked the world with news that it had placed an order for a truly insane aircraft – taller than a five-story building and with six propeller engines, it could carry an unimaginable amount of people in first class, across two decks from both edges of the Atlantic ocean.This is the story of the never build, Convair Model 37. 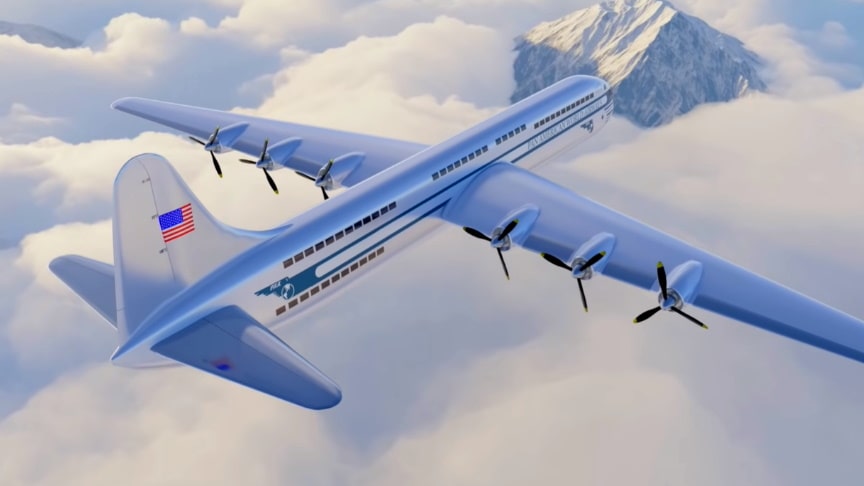 Watch the video above from Found And Explainedfor more info. If economy class had been invented back then, it is likely we would have seen 400-500 passengers per flight. Which would have been low key incredible for the era. It was powered by six Pratt & Whitney R-4,3,60-41, Wasp Major 28-cylinder, air-cooled radial piston engines, that could push out 3,500 hp (2,600 kW) each.