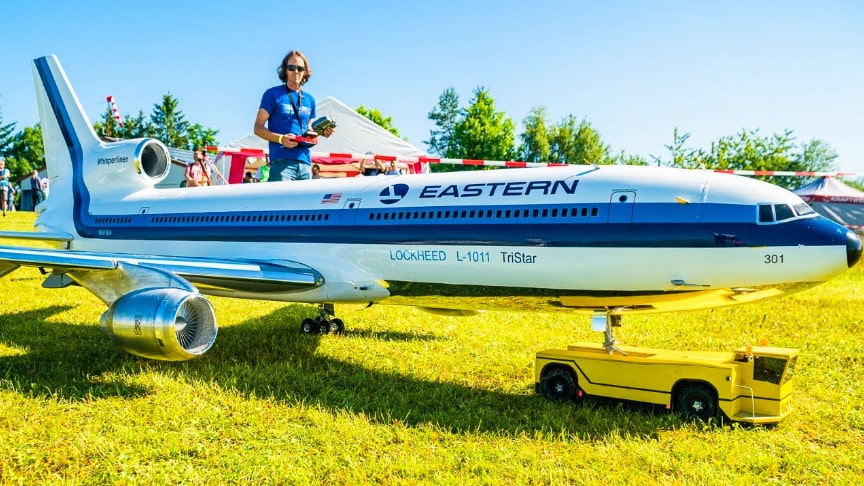 The jet itself is huge and it used the full RC runway on takeoff.In the sky, it is nearly indistinguishable to the real airliner. On the ground, however, it becomes evident the plane is 3.40m long with a wingspan of 3.00m. The pilot and the builder of this airplane is Dominik Escher:

Also this particular scale model has one thing that stands out to us over the others a home-built jet engine in the tail, instead of one of the many engines that are available on the market.The 20Kg Kg aircraft is powered by a self built turbine engine outputting a thrust of 14 kg!

The Lockheed L-1011 TriStar is an American medium-to-long-range, wide-body trijet airliner built by the Lockheed Corporation. It was the third wide-body airliner to enter commercial operations, after the Boeing 747 and the McDonnell Douglas DC-10. The airliner has a seating capacity of up to 400 passengers and a range of over 4,000 nautical miles.