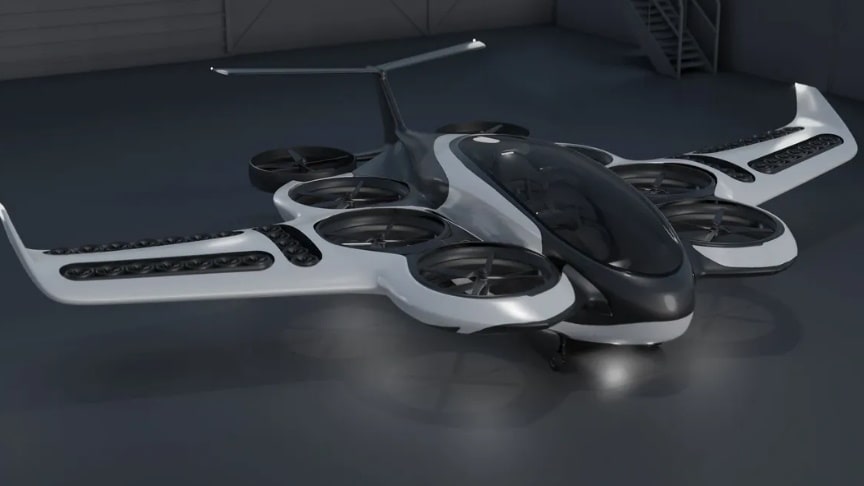 The newly designed hybrid-electric Soar VTOL winged modern aircraft that is piloted, has a range of 500 miles+, depending upon the number of people traveling inside the aircraft.

The aircraft has eight main large 500 hp ducted fans, six of these are embedded in the wings for VTOL flight and the two rear ducted fans tilt for VTOL and forward flight. The company has designed a hybrid system that uses direct hydrogen combustion alongside a battery pack in order to increase range.

The main wing has grand total of 24 micro-ducted fans to keep noise to a minimum when taking off and landing. The two large rear fans are designed to tilt upwards and provide forward thrust for winged flight.