British startup Samad Aerospace plans a series of electric and hybrid VTOL air vehicles for the upcoming air mobility revolution.SAMAD Aerospace is pleased to announce that it has completed hover tests for its second prototype eVTOL eStarling aircraft. 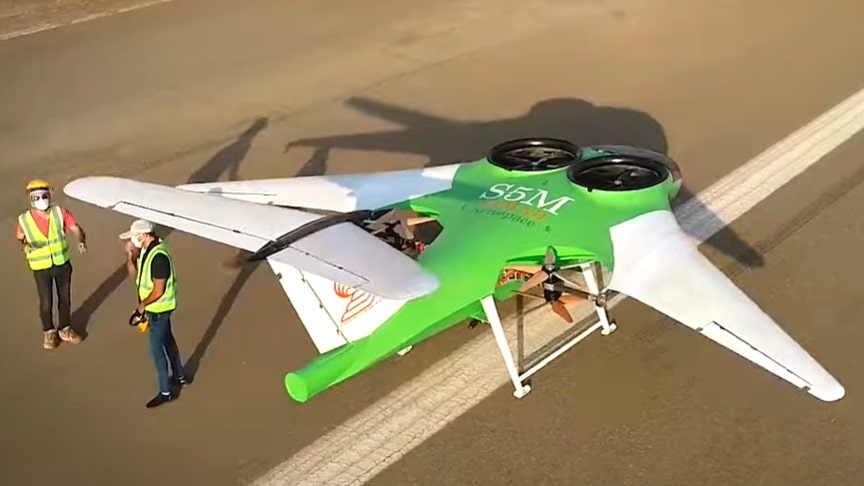 Samad’s starling jet aircraft will combine a helicopter’s ability to take off and land from almost anywhere, with the speed and range of a private jet. The starling jet will reduce total travel time by utilising locations that are much closer to the customer’s point of departure and destination, including remote locations.

The e-Starling will be an electric business jet. It is a fixed wing aircraft with a V-tail. Three jet engines are fixed above the wings and tail. The Starling will be able to use vertiports and small landing areas.

A full-scale version of the e-Starling would be built with a range of 400 miles, a cruise speed of 250kTAS, the wingpsan will be 15m and the length will be 3.2m. It will carry a maximum of seven people, including one or two pilots at a range of 1000km.