THIS is no ordinary go-kart – this home-made jet powered vehicle was built by Andy Morris, of Nottingham, UK – in his shed. Inspired by his dad and grandad who were both engineers, Andy has put hundreds of hours into his builds which he describes as a hobby. 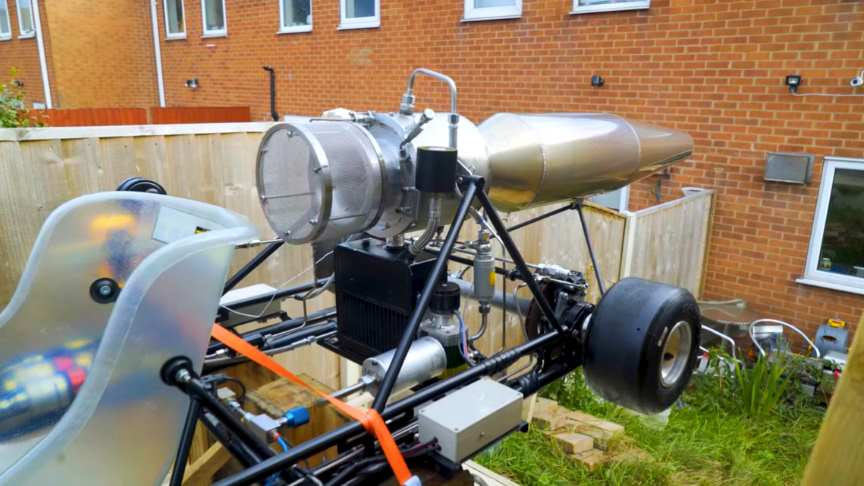 In 2015, after 10 years of hard work, Andy and his friend Tom set a new Guinness World Record by racing a kart over 100mph.// Barcroft Cars

But Andy’s not done yet and hopes to go even faster with this new jet powered go-kart – and he’s going to put it to the test in his back garden.

Andy shared his words of wisdom with Barcroft Studios and said: “Don’t buy it. Build it.”This custom made speed demon Super Go Kart is powered by a custom made gas turbine engine capable of producing couple of hundred pounds of thrust.