In 1940, the Laboroi family moved into a housebarn in Italy’s Graian Alps that was big enough for the five family members, as well as their goats, cows and chickens and hay. 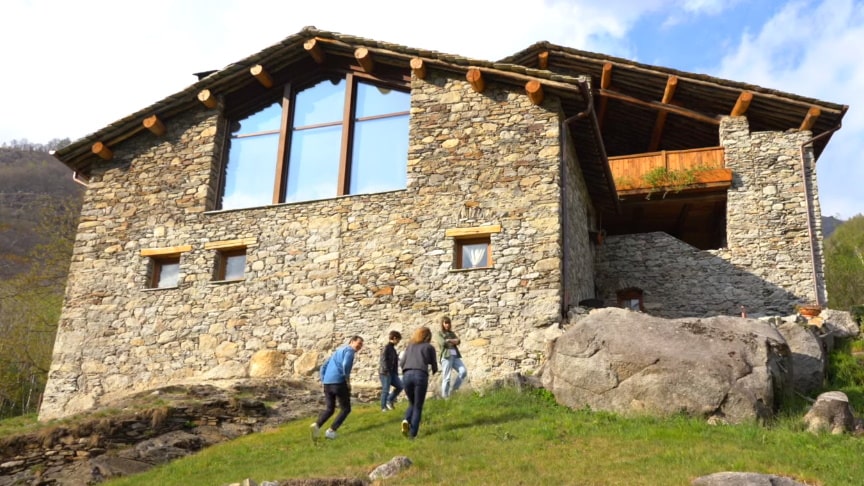 Being able to fit everything under one roof was a luxury that meant no one needed to go outside to work with the animals during cold, snowy winters.

Eighty years later, the Laboroi’s still live in the mountains – unlike many other farmers from the area who moved to the city in the ‘60s and ‘70s -, but they wanted to restore the original stone housebarn which had been covered in cement plaster by the previous generation.

Andrea Laboroi and architect Davide Querio decided to turn the abandoned stables into bedrooms and open up a huge picture window in the former hayloft to provide the living room with a view of the alps, valley, Gran Paradiso National Park, and even a waterfall.//Kirsten Dirksen