This video goes over the inside of a door handle that you would use in your house. Specific details will vary for different door handles. Parts covered in this video: handle, rosette, latch, latch assembly, and locking mechanism. The locking mechanism was simplified a lot. If you were to take a real one part you would find a lot more intricate parts. 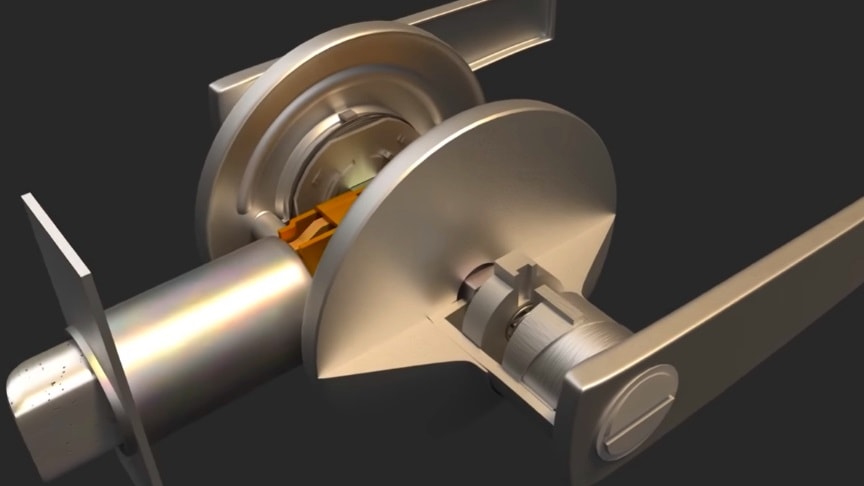 A door handle controls a door by manipulation of a latch – a mechanical fastener that joins two or more objects together. In this case, a latch connects the door with its frame and tends to embody a sliding bolt installed in the door and a receptacle in the frame.

The latch’s position is determined by the handle – which can take many forms including knob and lever. This is connected to the latch via a spindle and cylinder. When the handle is pulled/rotated, the action is carried by the spindle into the cylinder, which turns clockwise or anticlockwise depending on its orientation.

The movement of the cylinder causes the attached bolt to be forced across the door’s internal face, sliding in/out of the frame’s latch receptacle allowing the door to be either opened or shut.