Hydraulic shock is a pressure surge or wave caused when a fluid, usually a liquid but sometimes also a gas, in motion is forced to stop or change direction suddenly, a momentum change. This phenomena commonly occurs when a valve closes suddenly at an end of a pipeline system, and a pressure wave propagates in the pipe. 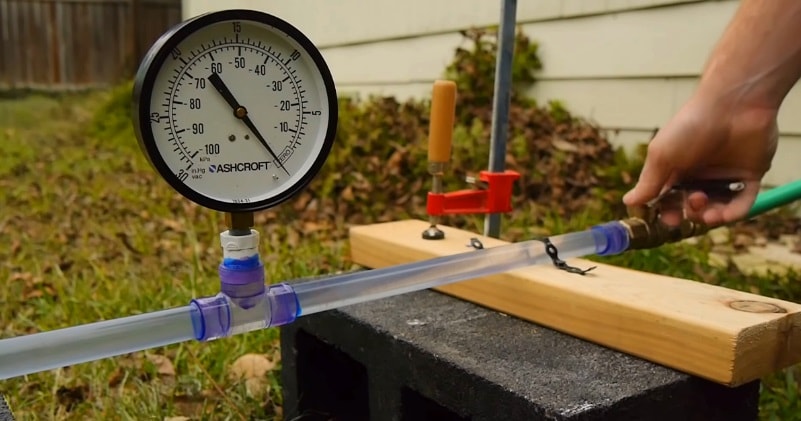 In this video “Practical Engineering” demostrates how water hammer can form a vacuum pressure in a pipe. Momentum carrying fluid away from a valve wants to keep going even after the valve is closed. This generates a negative pressure than can cause major damage!

Water hammer can occur for any fluid, in any pipe, but the severity varies depending on the detailed conditions of the fluid and the pipe. It usually occurs in liquids, but it can occur in gases. It can cause pipes to burst and structures to collapse.

This pressure wave can cause major problems, from noise and vibration to pipe collapse. It is possible to reduce the effects of the water hammer pulses with accumulators, expansion tanks, surge tanks, blowoff valves, and other features.