The Next Generation of bicycle tires are almost ready.In today’s video I want to show you short instruction of making unique bicycle with running shoes instead of wheels! 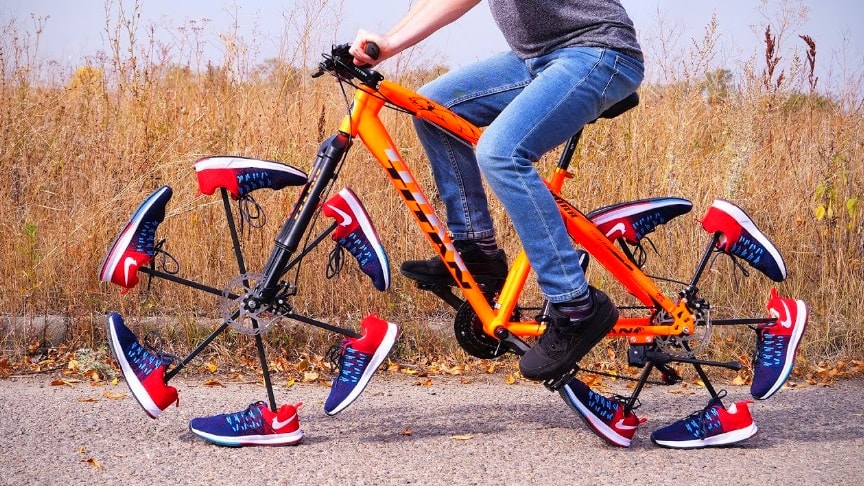 For this crazy experiment, the centre sections of two conventional wheels were removed and adorned with a series of metal legs to hold the shoes. The bike tires are made out of six shoes each, or 12 for one bicycle.

The result is a somewhat bumpy and incredibly weird looking vehicle.The red running shoes clash significantly with the orange bike frame, which only draws more attention to the two wheeler.

Although it probably does not go very fast, the unusually designed shoe bike is sure to be the center of attention wherever it will go.Bikes that use shoes instead of wheels, which seems to be obviously lacking in speed and stability compared to general bicycles. Nonetheless, it seems that there is no mistake to gaze into the town. 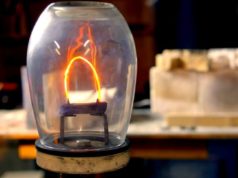 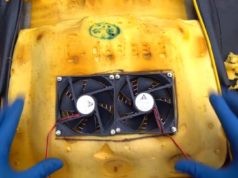 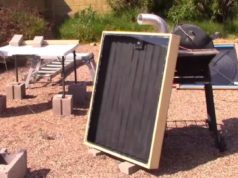 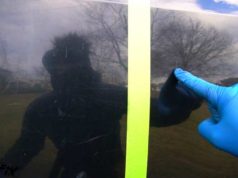 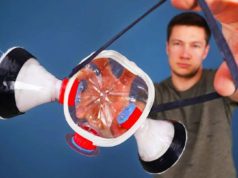 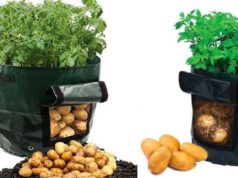