Roman concrete, also called opus caementicium, was a material used in construction during the late Roman Republic. Roman concrete was based on a hydraulic-setting cement. Roman concrete is durable due to its incorporation of volcanic ash, which prevents cracks from spreading. By the middle of the 1st century, the material was used frequently, often brick-faced, although variations in aggregate allowed different arrangements of materials. 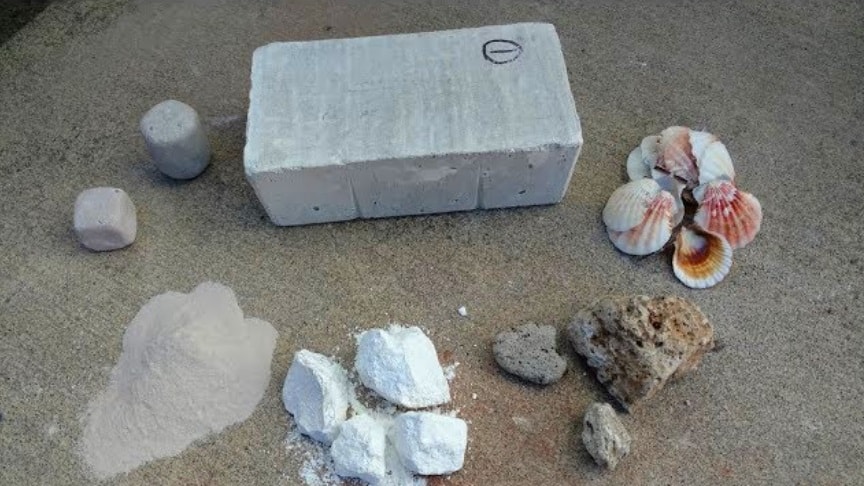 This video comparison-tests volcanic rock as aggregate and the alternative regular granite/quartz/limestone/other gravel and the end result was just as good as the version with volcanic rock used as more authentic aggregate, so there’s room to improvise to use local resources.

You’ll need grind up the volcanic ash in a blender to get a fine powder to mix with your dried quicklime/calcium hydroxide/slaked lime.You’ll need an aggregate. You’ll also need volcanic ash, which might be a bit tricky to source locally for most people.Finally, the Romans used seawater, instead of freshwater to moisten their concrete.

Roman concrete was normally faced with stone or brick, and interiors might be further decorated by stucco, fresco paintings, or thin slabs of fancy colored marbles. Made up of aggregate and cement, like modern concrete, it differed in that the aggregate pieces were typically far larger than in modern concrete, often amounting to rubble, and as a result it was laid rather than poured./wikipedia