This giant RC BO-105 PAH accurately recreates the real life helicopter. The model helicopter has a rotor diameter of 2.00m with a take off weigh of 18kg, the helicopter is powered by a Turbine PHT-3 turbine engine, the pilot of this helicopter is Bernd Pöting at Holsterfelder Turbinentreffen 2021, Germany. 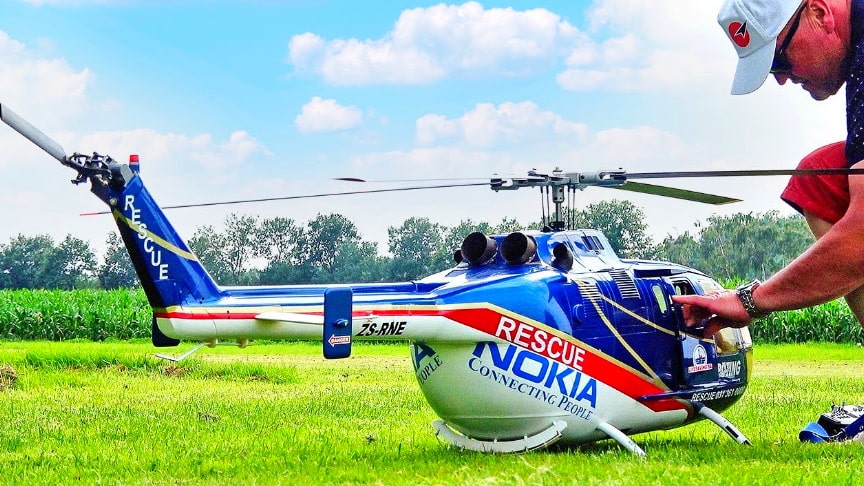 Capable of scale flying, and superior aerobatics the BO-105 delivers nearly the same breathtaking spectacle as the full sized Red Bull BO-105.With its wide landing gear and the high-level tail rotor the helicopter is well suited for the less experienced pilots.

The Messerschmitt-Bölkow-Blohm Bo 105 is a light, twin-engine, multi-purpose helicopter developed by Bölkow of Ottobrunn, West Germany.

It was the first light twin-engine helicopter in the world, and the first rotorcraft that could perform aerobatic maneuvers such as inverted loops.DIGITAL RC