The Kaman K-MAX company designation K-1200 is an American helicopter with intermeshing rotors (synchropter) by Kaman Aircraft. It is optimized for external cargo load operations, and is able to lift a payload of over 2,722 kg, which is more than the helicopter’s empty weight. 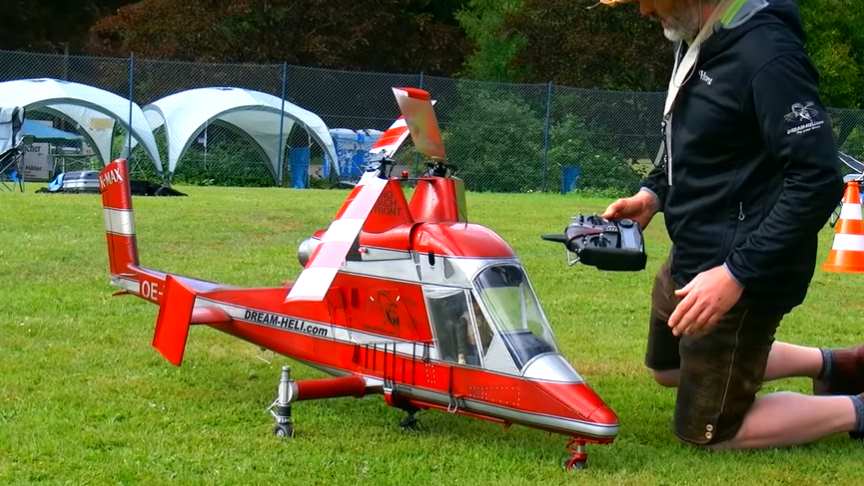 The K-Max is mainly used for fire extinguishing operations, heli-logging, transport of components and spraying operations.Here we have a very nice RC Scale K-max ROTEX Kaman 1200 Turbine Model Helicopter with a flettner Rotor system that made the Tail-rotor superfluous.

This is Amazing Engineering of Rotor Technology, Rotor drive that both not hit each other, it looks very confusing.The K-MAX relies on the two primary advantages of synchropters over conventional helicopters. The first of these is the increased efficiency compared to conventional rotor-lift technology; the other is the synchropter’s natural tendency to hover./RC MEDIA WORLD