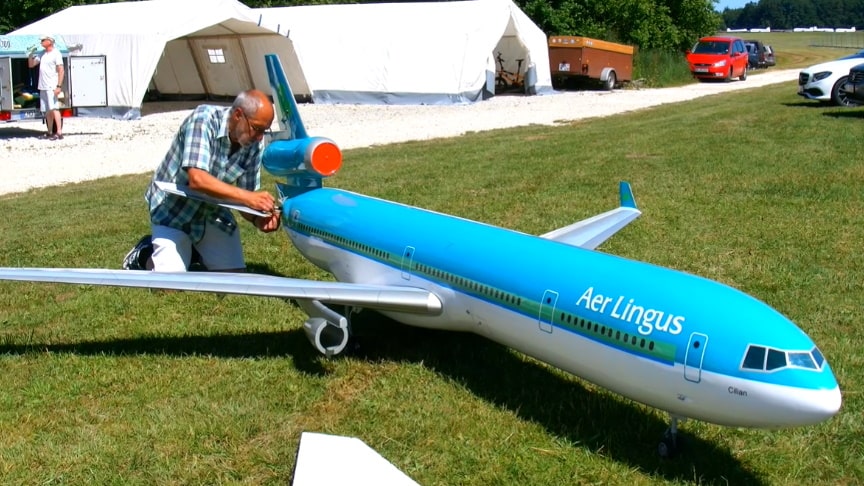 This model airple has phantastic flight characteristics, due to its size the model flies stable and is absolutely easy to handle.The airplane is powered by a jet turbine engine.The airplane has highly accurate tempo print airline livery and markings.

In the sky, it is nearly indistinguishable to the real airliner. On the ground, however, it becomes evident the plane is 3.72m long with a wingspan of 3.00m.The builder and the pilot of this airplane is Norbert Rauch.

The McDonnell Douglas MD-11 is an American three-engined long-range widebody jet airliner, with two engines mounted on underwing pylons and a third engine at the base of the vertical stabilizer.