The Messerschmitt Bf 110, often called Me 110, was a twin-engine heavy fighter developed in Nazi Germany in the 1930s and used by the Luftwaffe and others during World War II. Hermann Göring was a proponent of the Bf 110. It was armed with two 20 mm cannons, four 7.92 mm MG 17 machine guns, and one 7.92 mm MG 15 machine gun or twin MG 81Zs for defense. 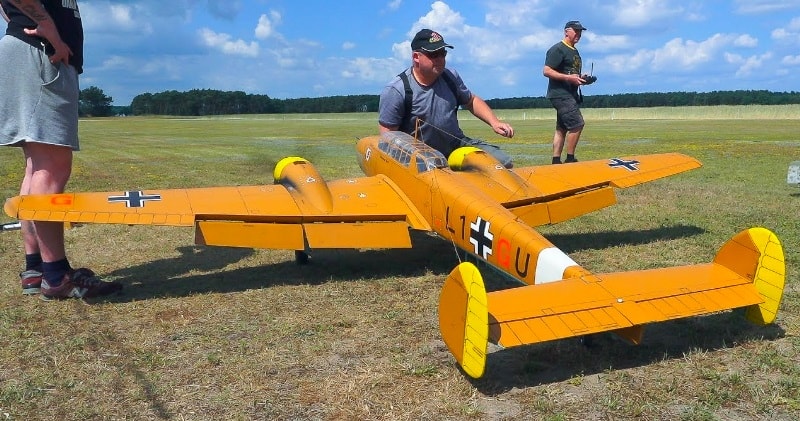 This twin flies as good as it looks. Made from damage-resistant EPO foam, this is another winner by Dynam. The BF-110 comes with flaps, retracts, 2 ESCs, 2 Motors, and all the required servos.

Flaps will require a servo reverser either external or on the Transmitter. The build is very straight foward with no surprises except the lack of required work. The twin motors will provide more than enough power and most of the flght can be flown at 50% throttle.