The Turkish architecture firm named Dahir Insaat has designed a concept for a flying train that would serve as a form of mass transportation. The multi-level flying train could carry up to 2,000 passengers and would fly at a low level while drawing power from a tether attached to the track. 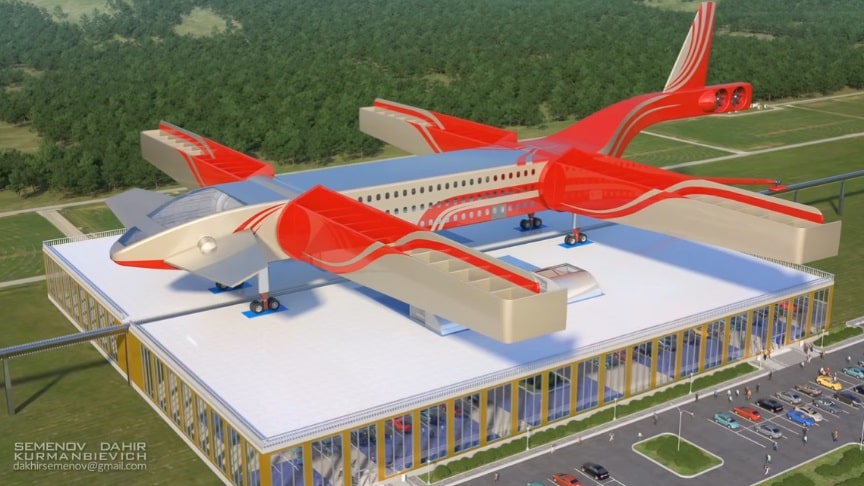 The electricity needed to propel the flying train would be fed through a moving tether linked to an electrified rail that runs on the ground from station to station.This hybrid train and plane is good because of several factors: the first remaining attached to the current collector in a steel trestle. 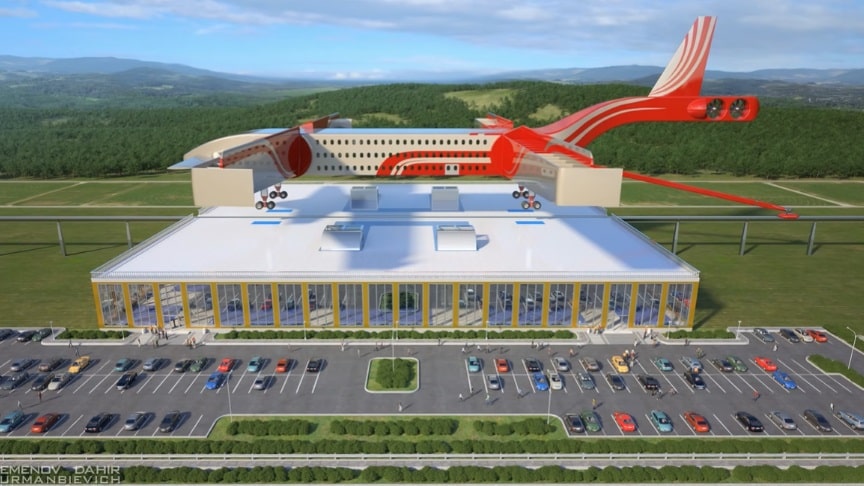 We will always have enough power to make any maneuver, high-torque motors would do wonders of acceleration at their full power, furthermore, aviation now expects 7 kilowatt electric motors from producers with the capacity per kilogram of the motor’s own weight.

Even though a passengers transport would not require that much power, it is at an advantage ti have a power reserve that is always with you and doesn’t burden you (as it is beneath you). The gravity of the aircraft (the ratio of the thrust of the aircraft’s powerplant to its weight) is one of the most important parameters that determine the aircraft’s flying characteristics..via/read more: Dahir Insaat

The maximum speed of the aircraft, the climb time (climbing speed) and acceleration to the specified speed, as well as its maneuverability depend on the thrust. When flying, when we can consume an almost unlimited amount of energy (at least a few megawatts) through the current collector, the apparatus can have a very high carrying capacity, and the figures of 1000-2000 passengers are not fictional. The speed of 500 km / h can be the usual cruising speed throughout the entire flight from station to station.