Rat rods are nothing but legends in the entire automotive industry. A rat rod is a custom built car that typically mimics the early hot rods of the 40’s, 50’s and the 60’s. 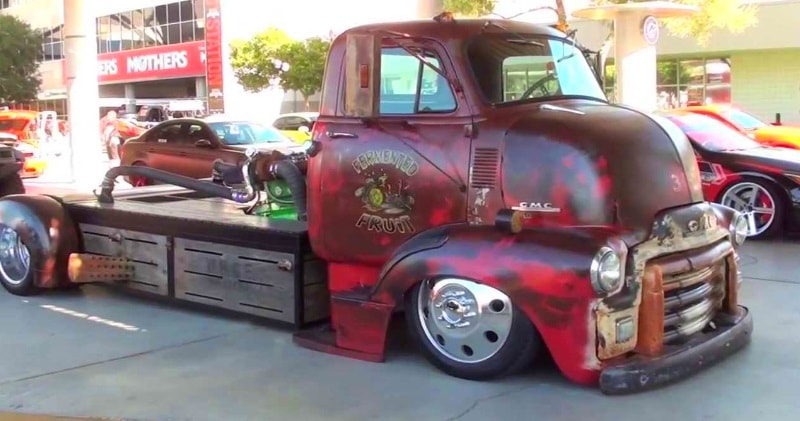 This is one mean looking GMC truck. This thing has an engine mounted in the middle of the truck and at the same time it is one bad ass looking rat rod. The truck that was so efficiently built in a very fast time is named “Fermented Fruit”. And the name fits this truck perfectly!

The engine of this 1954 GMC is a Cummins 6 BT turbo diesel with an industrial injection that can produce 450HP! Don`t get confused when you see the machine, but the turbo is really put backwards.

However, one of our favorite mods are the taillights! The taillights on this turbo diesel truck are actually Mason jars that are filled inside with dead beetles! What a cool touch! The wrench at the end is a bonus!