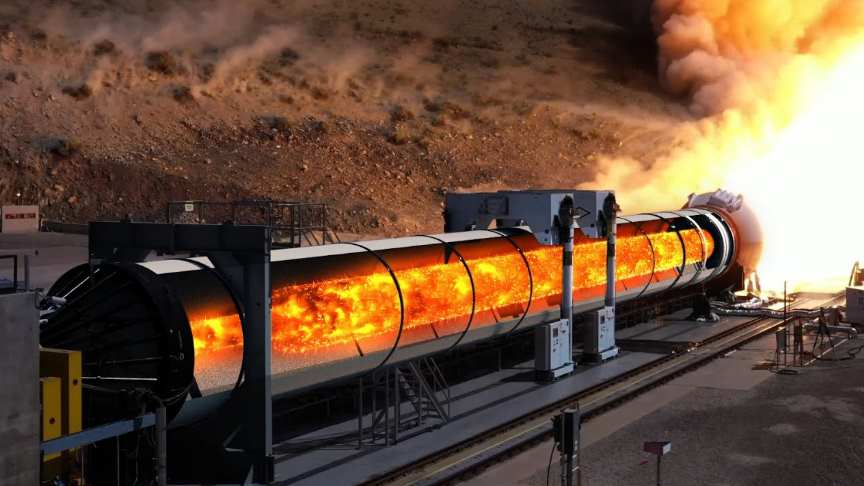 The full-scale booster firing was conducted with new materials and processes that may be used for NASA’s Space Launch System (SLS) rocket boosters. NASA and Northrop Grumman, the SLS boosters lead contractor, will use data from the test to evaluate the motor’s performance using potential new materials and processes for Artemis missions beyond the initial Moon landing in 2024.

The SLS boosters are the largest, most powerful boosters ever built for flight. The two boosters on the rocket provide more than 75% of the thrust needed to launch NASA’s future deep space missions through NASA’s Artemis lunar program. Northrop Grumman is the lead contractor for the SLS boosters.

For a little over two minutes — the same amount of time that the boosters power the SLS rocket during liftoff and flight for each Artemis mission — the five-segment flight support booster fired in the Utah desert, producing more than 3 million pounds of thrust.//via: Nasa