A company called Apocalypse Manufacturing has developed a 6×6 based on the Jeep Gladiator called the Hellfire.Made to order based on a Jeep Gladiator that receives a true six-wheel-drive conversion, powered by a Hellcat powerplant, and a list of other custom touches like a marine leather interior and even a zombie-spotting thermal imaging camera. 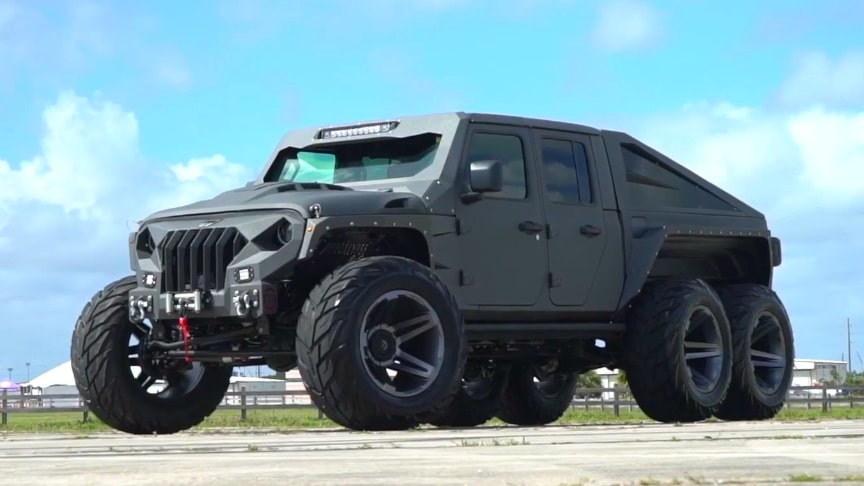 The power for this mad project can come from a series of three engine choices. It can be fitted with either the 500 hp Corvette 6.2-liter LS3 powerplant, which proves to be the most popular, or the even more brutal 707 hp Hellcat unit.

The interior is made from marine-grade, hand-stitched luxurious leather from the floor to the ceiling.There is even a diesel variant among those options, in the form of the 3.0-liter V6 Eco-Diesel, aimed at the low-end torque lovers.

Allowing it to face all types of terrain, and the car is based on six huge 40 inch wheels. The set is completed by winches at the front and at the rear, which can respectively tow loads of 4.3 and 5.4 tonnes.The Jeep looks like nothing else out there. The only thing still original are the four doors.//apocalypse6x6