Jeff Dillon, the man behind Pure Rockets has a fascinating idea to create a drone to lift a large payload via a turbine powered drone. In his early prototype videos, he provides an idea for a drone powered by a central, large turbine and six smaller satellite turbines. 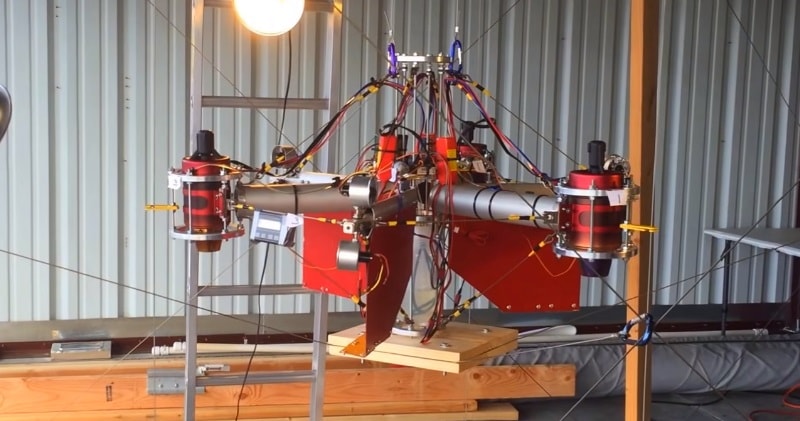 Jeff is doing a tethered test flight of his Jet engine powered quadcopter. The electric stabilizing engines are off for this flight.

Mr. Dillon has further developed his drone since his prototype videos and has actually gotten his drone to lift his own body weight.

This man has some real ingenuity and I am excited to see what he develops next. His drone already has a thrust vector control, yaw thrusters, iron man gloves, and a proven 200 lb payload.