The Junkers G38 is one of my favourite commercial aircraft from the interwar period – probably because I love blended wing designs. Developed during the late 1920s, it would become the largest landplane in the world when it first took off in 1929. 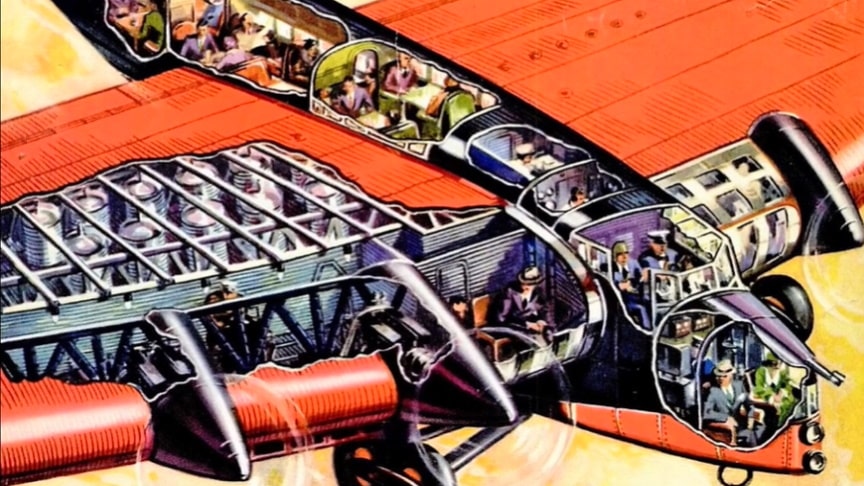 Two examples were constructed in Germany.The G.38 carried a crew of seven. Onboard mechanics were able to service the engines in flight due to the G.38’s blended wing design, which provided access to all four power plants.During its early life the G.38 was the largest landplane in the world. 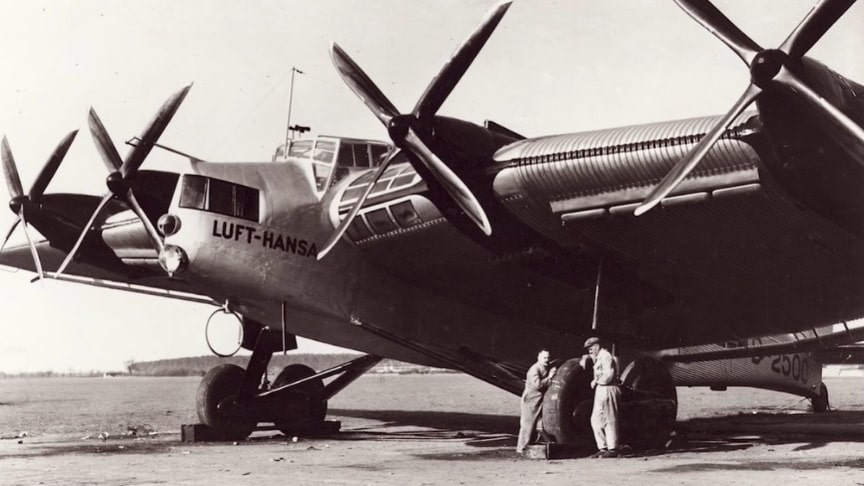 Passenger accommodation was sumptuous by today’s standards and was meant to rival that found on the competing Zeppelin service offered by DELAG. The plane was unique in that passengers were seated in the wings, which were 1.7 m (5 ft 7 in) thick at the root.

Its main feature was the massive wing, which had a span of 44 meters and was almost 2 meters thick. This allowed it to hold a pair of passenger cabins, ‘engine rooms’ for mechanics to service the engine, and a large fuel capacity – giving it excellent range and endurance.

Unfortunately the aircraft was let down somewhat by its lack of passenger capacity (never exceeding 34), but it was an exciting demonstration of ‘big wing’ design. The G38 was also built under licence in Japan as the Mitsubishi Ki-20 (or Type 92).