Kit saved the best for last with this flight, it’s believed to be the longest (both duration and distance) UK flight by a British pilot in a Human Powered aircraft. 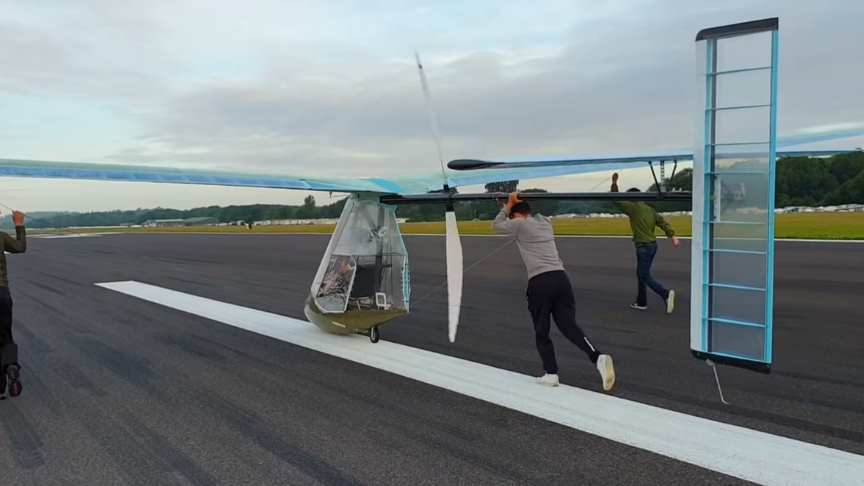 The flight is also thought to be the first around a 350 meter triangle in the UK. This flight clinched the 2019 Icarus Cup prize for Kit. Kit’s a keen amateur cyclist and an experienced glider pilot, he’s been involved in building and flying HPA since he was a student.

The Icarus Cup is an annual event held by the British Human Powered Flying Club, this years event was kindly hosted by Lasham Gliding Club, the birthplace of human powered flight. Kits flight took off only yards from where Derick Piggott made the official flight in a HPA back in 1961.

The Pilot just used the power of their legs to rotate the propeller in the lightweight planes built to high specifications by people from various backgrounds from aircraft designers to mechanical engineers.