A camless or free-valve piston engine is an engine that has poppet valves operated by means of electromagnetic, hydraulic, or pneumatic actuators instead of conventional cams. Actuators can be used to both open and close valves, or to open valves closed by springs or other means. 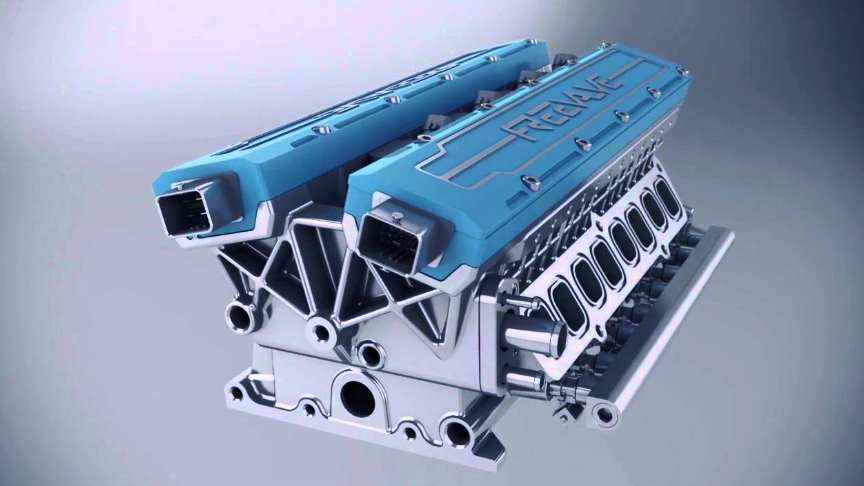 Koenigsegg has been hard at work creating an engine without a camshaft. Christian von Koenigsegg founded the #FreeValve subsidiary and now has released a detailed video describing its advanced new engine.

Camshafts normally have one lobe per valve, with a fixed valve duration and lift. The camshaft rotates at half the rate of the crankshaft. A Freevalve engine can run on diesel, gas with no mechanical changes—though not at the same time—and can even switch from a two-stroke to a four-stroke cycle.

The comparative FreeValve engine is 20 kilograms lighter and much more compact, saving 50mm in height and 70mm in depth, which allows manufacturers exciting new vehicle design and packaging options.The benefits are not confined to significant performance improvements and better fuel economy.