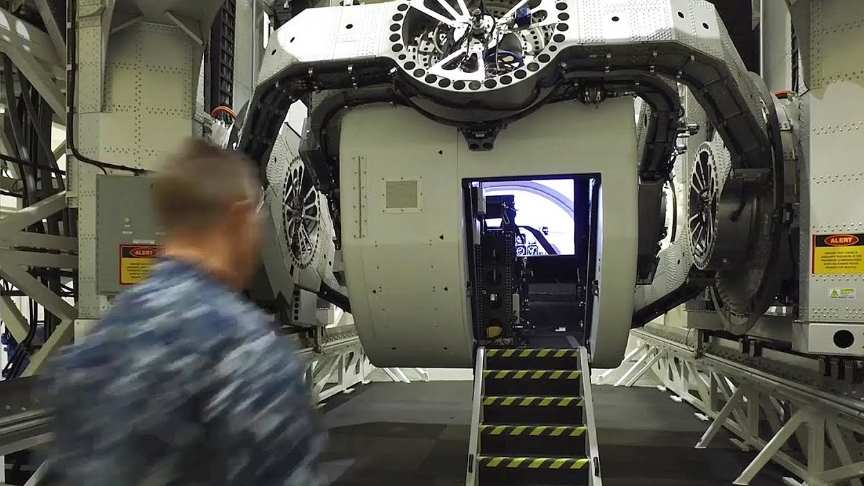 The Kraken will allow researchers to create the most realistic motion simulations never before imagined – except by perhaps one person – the pioneering physician, Navy Capt. Ashton Graybiel, who dared to imagine the physiologic impacts of motion and acceleration on the human body, said Navy Capt. Rees Lee, NMRU-D commanding officer.via/read more: AiirSource Military

“The Disorientation Research Device, together with the human centrifuge and hyperbaric chamber at the 711th Human Performance Wing will set Wright-Patterson Air Force Base as the center of acceleration research in the nation,” said Lee.

The Kraken is a mystical creature from the deep whose tentacles twist and toss its victims until they don’t know which way is up. Naval Medical Research Unit Dayton, stationed at Wright-Patterson Air Force Base, is using its own Kraken not to destroy but to save lives.via/read more: AiirSource Military