The L-29 Fighter trainer was originally designed and built in the Czech republic. About 2500 of these planes were built for the war. And some of them are still active around the world as trainers. 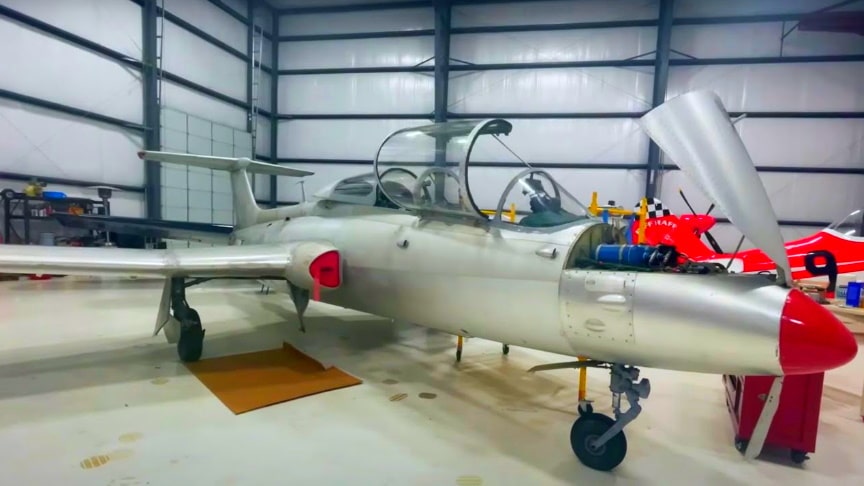 This particular jet saw some action in Romania but since shipped to the US, it had been sitting for the last 18 years until now.Pete from Up and Ready Flight picked up this L-29 Super Delfin and flew it back to the hangar to get it back to better shape.

This is a robust and reliable military trainer aircraft. Only one issue though with this fighter jet trainer, It was underpowered.

Warbirds of Delaware has since installed engine modifications with the airframe featured. Now, it’s one of the fastest airplane ever to race at Reno with a whopping top speed of 544 mph.