The Lamborghini Countach LP 500 has returned, entered in the class reserved for concept cars at the Concorso d’Eleganza Villa d’Este. It is a passionate reconstruction carried out by Automobili Lamborghini’s Polo Storico that required over 25,000 hours of work on behalf of an important collector. 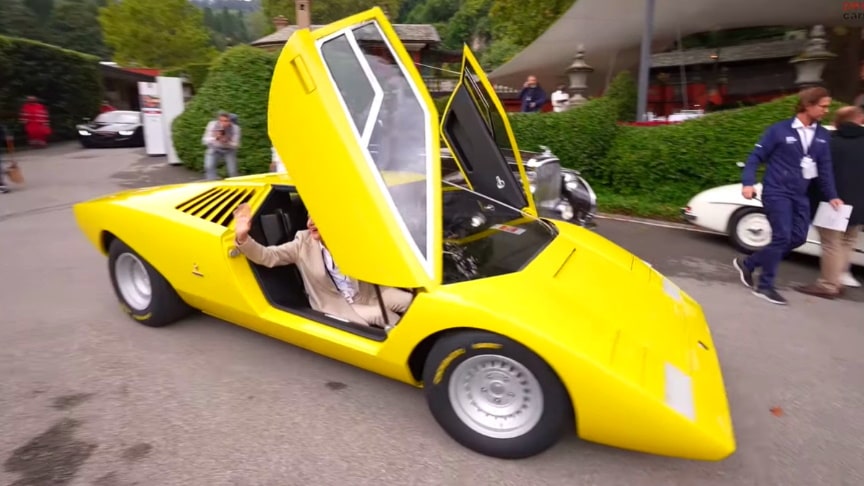 The contribution of the Lamborghini Centro Stile was fundamental in the reconstruction of the bodywork and supervision of the styling.Lamborghini used a system of alphanumeric designations in order to further delineate Countach models.

This designation begins with “LP”, an abbreviation of the Italian “longitudinale posteriore,” meaning “longitudinal rear.” This refers to the engine orientation and placement shared by all Countach models. For the prototype and early production models, “LP” was followed by a three digit number designating nominal engine displacement, “400” for 3.9-litre engines and “500” for 4.8 and 5-litre engines.

The interior of the prototype was equally notable to contemporary audiences as the exterior, as it incorporated new technologies and bold styling decisions. Gandini initially sketched a dashboard with all-digital readouts for the Countach. This dashboard design was not fully realised in time for the debut, the LP500 prototype instead used a conventional analog speedometer and tachometer. /wikipedia