Researchers at Caltech have built a bipedal robot that combines walking with flying to create a new type of locomotion, making it exceptionally nimble and capable of complex movements. 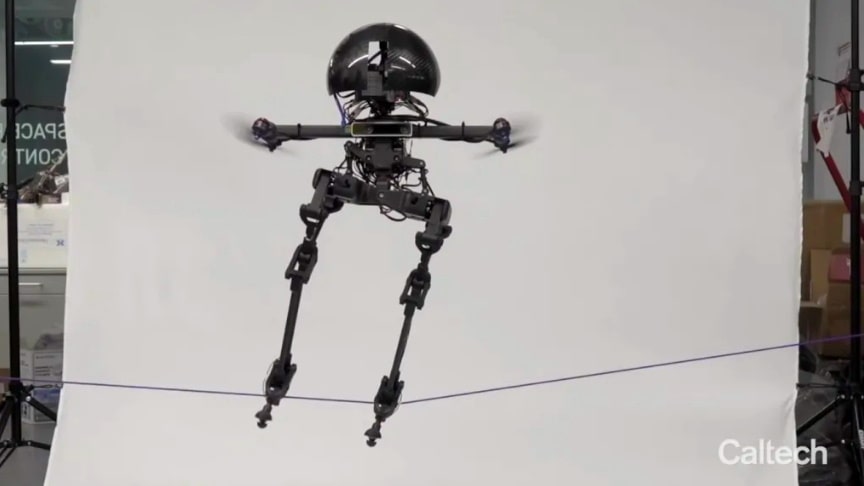 Part walking robot, part flying drone, the newly developed LEONARDO (short for LEgs ONboARD drOne, or LEO for short) can walk a slackline, hop, and even ride a skateboard.

Developed by a team at Caltech’s Center for Autonomous Systems and Technologies (CAST), LEO is the first robot that uses multi-joint legs and propeller-based thrusters to achieve a fine degree of control over its balance.

LEO robor stands 2.5 feet tall, making it one of the smaller bipedal robots.Leo walks at a speed of 20 centimetres (7.87 inches) per second but can move faster by mixing in some flying with the walking. During flight, LEO relies on its upper drone body alone while disengaging the legs.via/read more: caltech