Lockheed’s Star Clipper was a proposed Earth-to-orbit spaceplane based on a large lifting body spacecraft and a wrap-around drop tank. Originally proposed during a USAF program in 1966, the basic Star Clipper concept lived on during the early years of the NASA Space Shuttle program, and as that project evolved, in a variety of new versions like the LS-200. 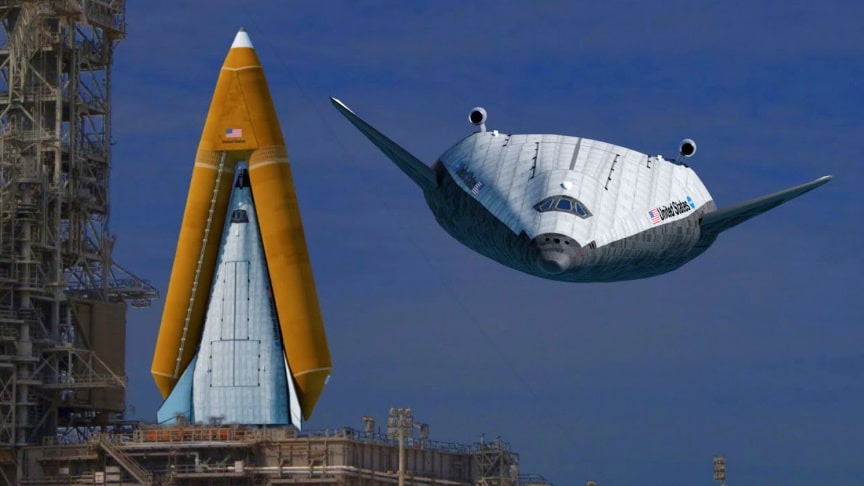 The LS-200 was very similar to the earlier version, it was smaller overall, The M-1 engines were replaced with the Space Shuttle Main Engines.Star Clipper was based around a large lifting body re-entry vehicle known as the LSC-8MX, which was based on the FDL-5LD and FDL-8H designs developed at the Air Force’s Flight Dynamics Laboratory. At hypersonic speeds, during re-entry, the craft had a lift-to-drag ratio of 1.8 to 1, giving it ample maneuvering capability.

In the lower atmosphere this was far too low to allow safe landings in the case of a go-around, so the Star Clipper featured small wings that rotated out of the side of the spacecraft at subsonic speeds, improving the L/D to 8.1:1. To aid landings, two jet engines extended from the top of the fuselage, giving it the ability to abort landings. It was 186 ft (57 m) long and had a 106 ft (32 m) wide at the tips of its upturned wingtips.

The Clipper was powered by three 1.5-million-pound-force (6,700 kN) thrust M-1 engines. Public versions of the design showed the engines being equipped with expanding nozzles, a way to improve the performance of the rocket engines by better matching them to the local atmospheric pressure as it climbs. However it was later revealed that Lockheed was actually proposing using a linear aerospike engine for the production design.