The Long-EZ is a homebuilt experimental aircraft with a canard design, meaning you have 2 sets of wings. One in the back and another in the nose. Long EZs are not only some of the most affordable aircraft to build or buy, they are also some of the most fuel efficient aircraft in the market. 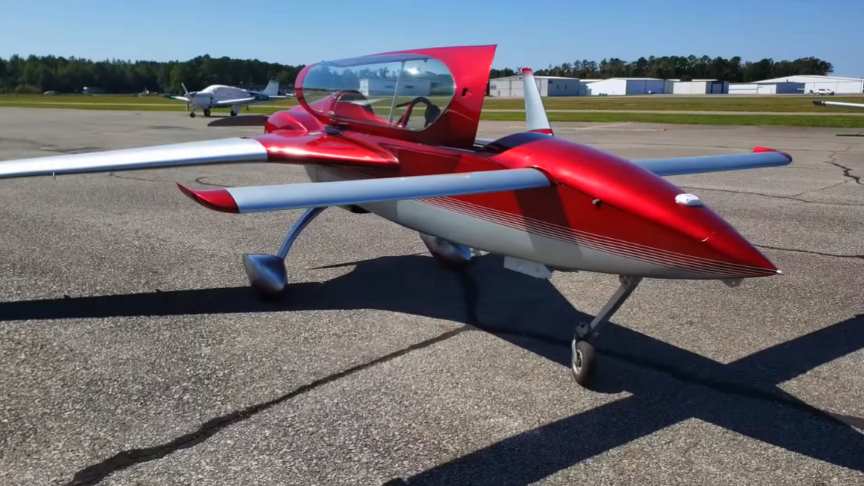 A Long EZ airplane gets up to 40 miles to the gallon. Thats better fuel economy than many cars on the road. The Long EX featured in this video belongs to a friend of a friend. He flies it for both work and pleasure and he is very happy with the plane in how it fly and how economic it is to fly.

Standard Long EZ airplanes uses a small 115 hp engine. But being an experimental aircraft, you can always go with a more powerful engine. A builder has been known to strap a 250 hp engine in this thing to make it fly faster.

And that it did. Your typical cruise speed in the long EZ is 150-185 mph. With the bigger 250 hp engine, you can expect speeds up to 250 mph. Still you’re burning very little fuel.The Long EZ is a great preposition for the solo pilot who wants an affordable cross country flyer that’s easy to fly and maintain.via/read more: MojoGrip