DESCRIBED as the ‘craziest’ car on the planet, a self-proclaimed ‘mad metal scientist’ has built thr 3,600 pound “Medieval One” medieval machine entirely from scratch. 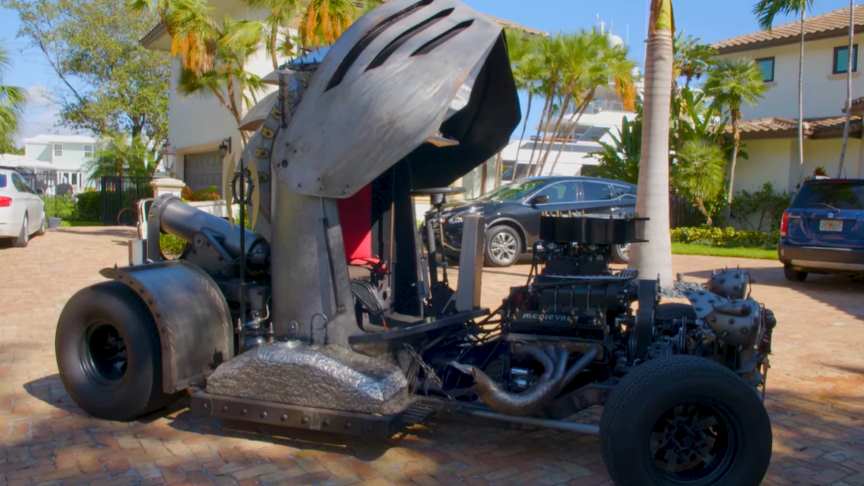 AJ Bohata from Fort Lauderdale, Florida, built himself the ‘Medieval One’ after feeling inspired by a car and weapon collector. He has incorporated automotive glass.Barcroft Cars

The car is powered by a 355 cubic inch V8 engine with Weiand 6-71 supercharger that produces 1,000 hp. The face shield of the Medieval One acts as entrance door and is powered by hydraulic actuators.

The rear of the car is equiped with a full air-ride setup where the front gets a traditional drop axle with transverse mono-leaf. The rear of the car has a massive cannon that looks straight out of the 15th century, the special car actually a modified industrial propane tank.