The Makani energy kite is an aerodynamic wing tethered to a ground station. As the kite flies in loops, rotors on the wing spin as the wind moves through them. Makani logged flight hours launching from and landing to an integrated ground station. 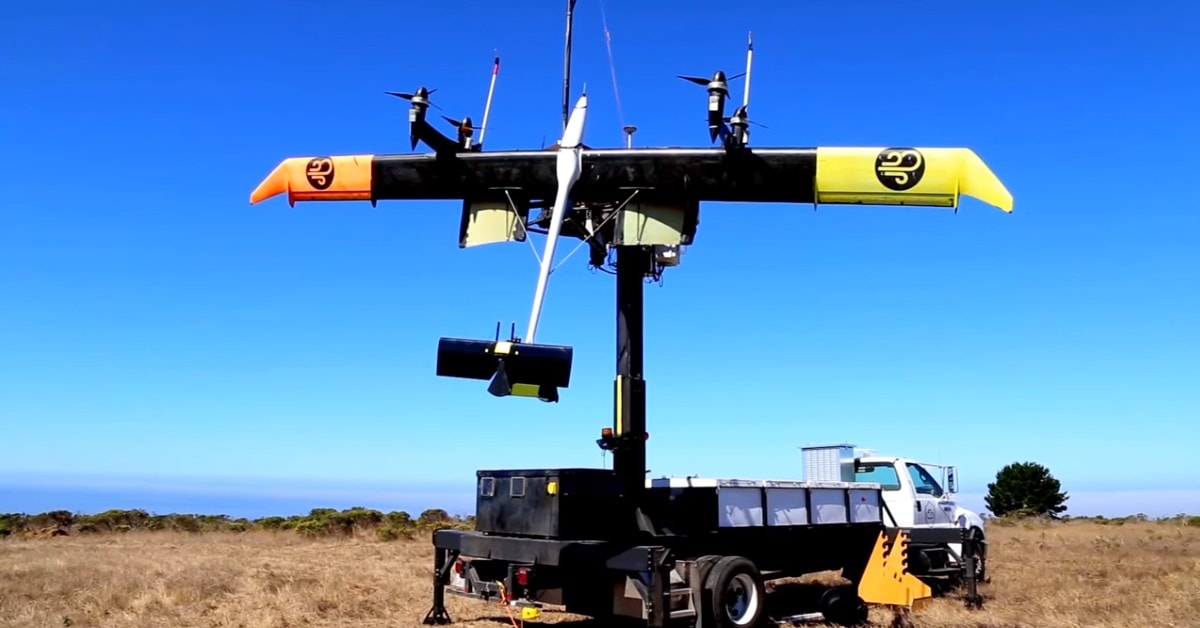 This video shows autonomous flight modes including launch, hover out, transition to power generation, transition back to hover and landing to the perch. Makani is building energy kites to reduce the cost of wind energy.

Once airborne, the system generates power by flying in large circles up high where the wind is stronger and more consistent.The airflow acting on a moving kite is many times faster than the wind experienced by a stationary object.

Rotors mounted on the kite wings drive generators that produce electricity.The kite’s flight path is controlled by onboard computers running custom flight controller software. Data from GPS and other sensors help the software steer the kite.