BATMAN’S iconic Batmobile has been reimagined, in monster truck-form, by a custom car genius in Colorado. Zack Loffert, of Littleton, Colorado, built what he calls the ‘Big Batmobile’ using the body of a 1973 El Camino, the frame of a 1976 Chevrolet K10 truck, and massive 44-inch tyres. 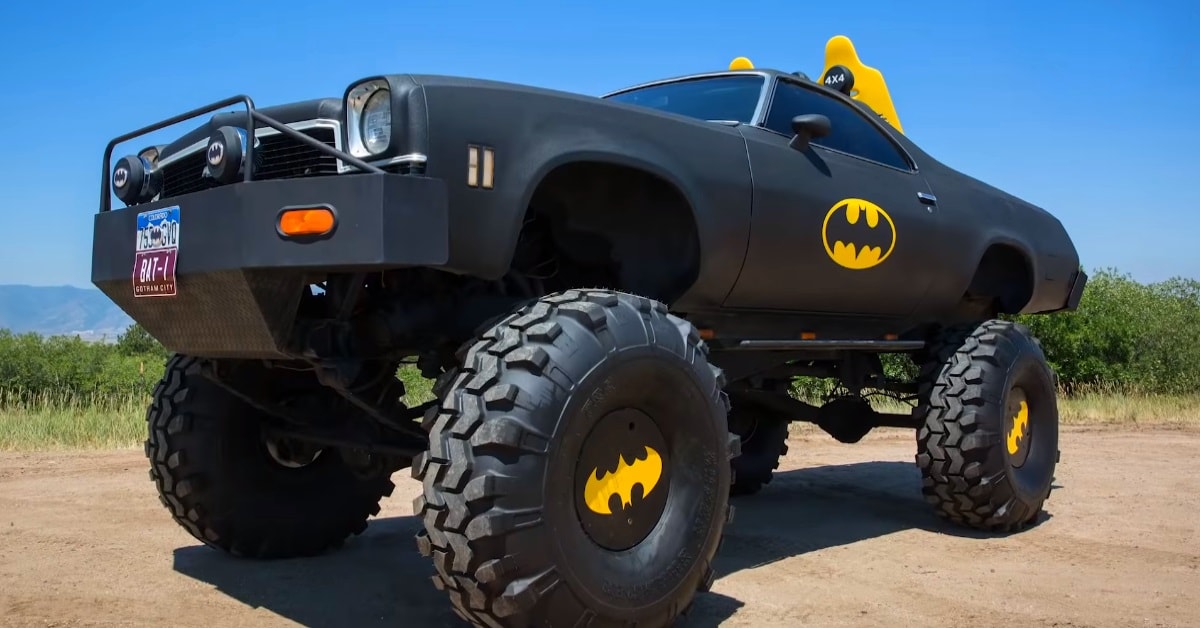 He now uses the car, which took three years to build, for charity and to drive to children in hospital who need a special visit from “Batman”.//Barcroft Cars

Zack told Barcroft Media: “When I’m driving it, I watch people’s mouths and they say, ‘Holy cow’, or ‘Look at that’.

Zack is currently focused on building a super hero-themed playground that will be the first handicap-accessible playground in the state of Colorado./Barcroft Cars